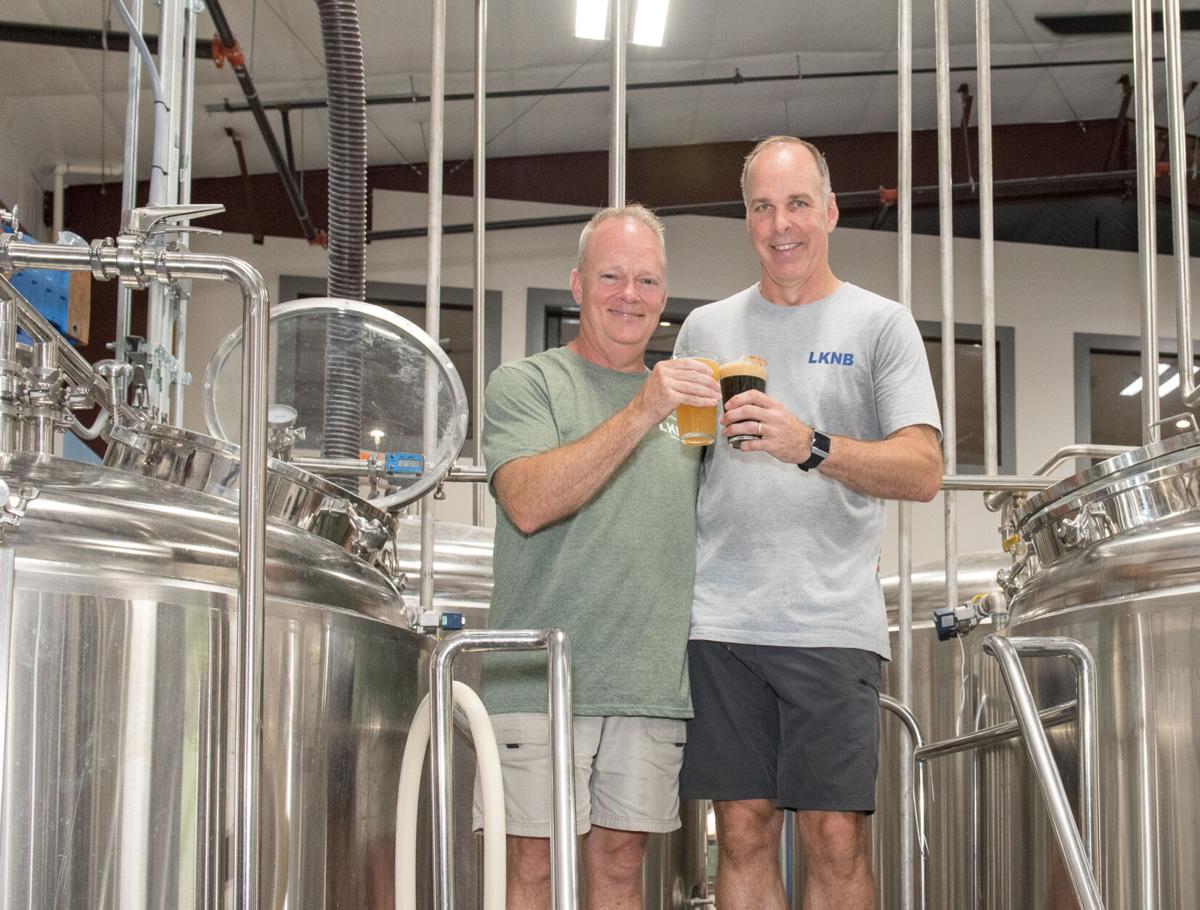 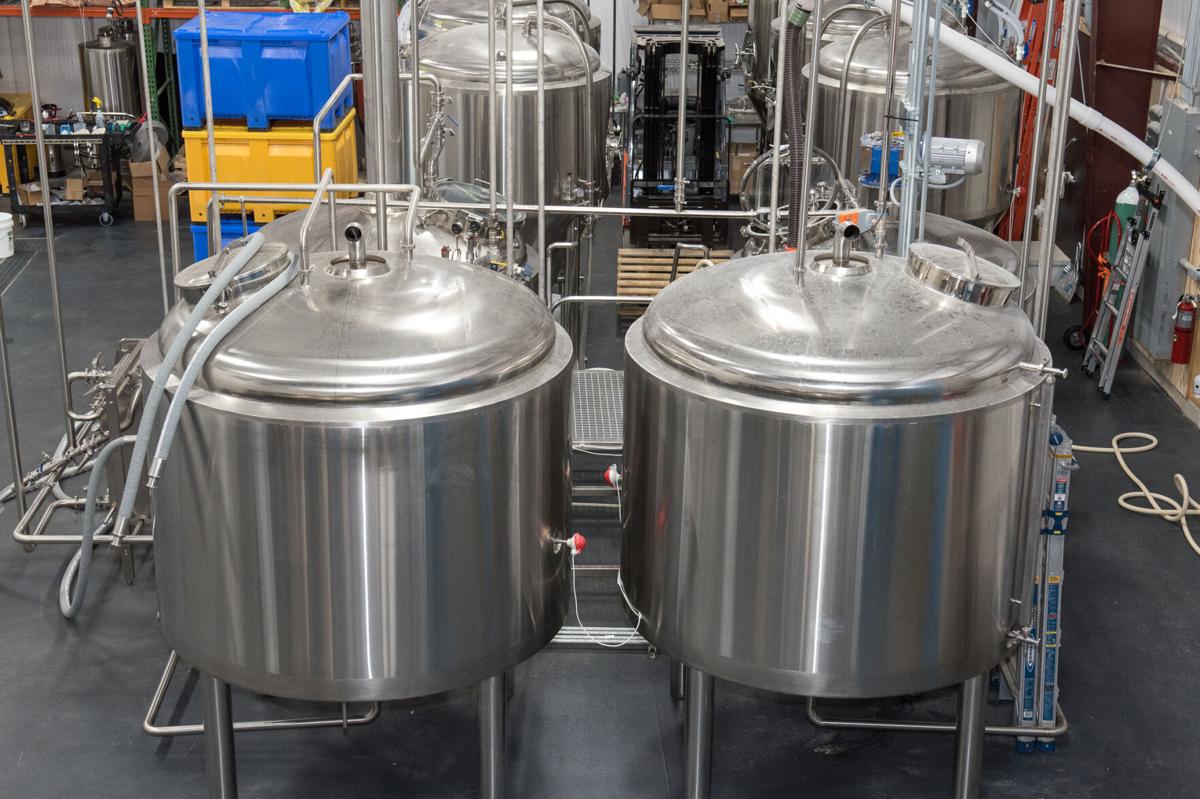 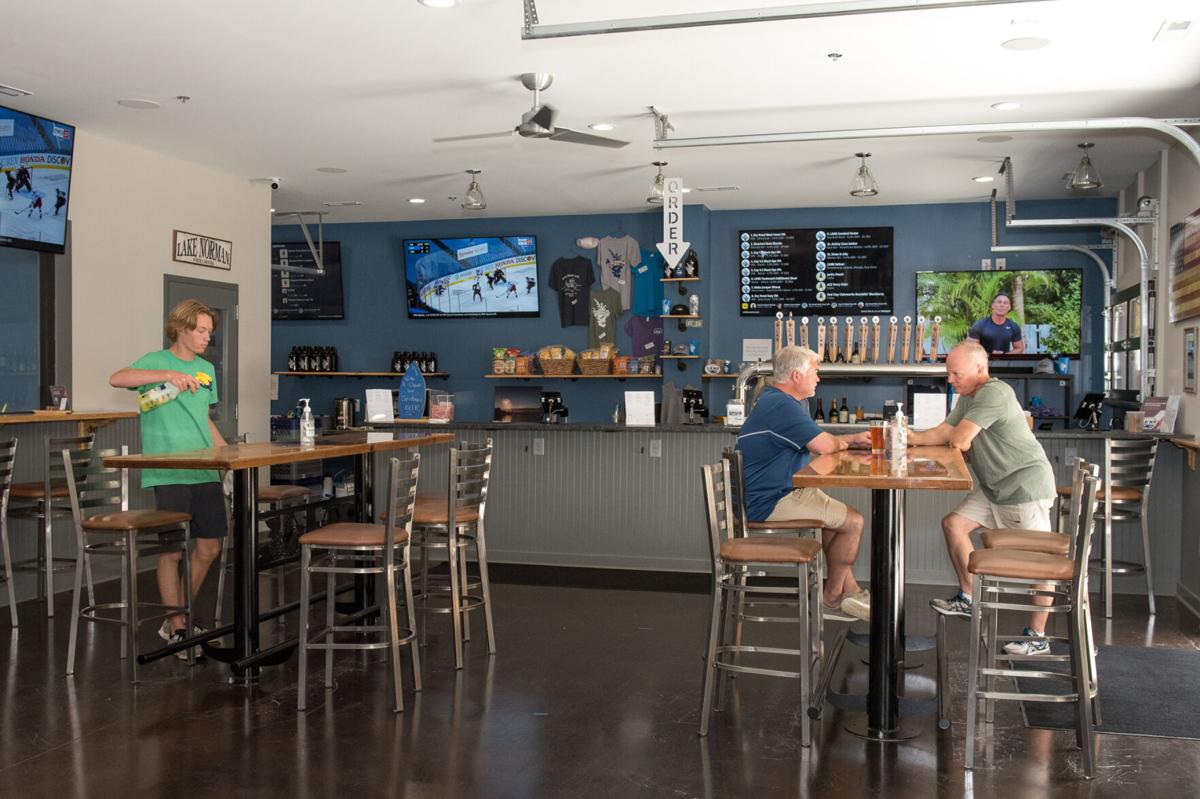 It all started with a five-gallon beer brewing kit, leading to a next-door neighbor friendship infused with beer. Dan Ackerman received the brew kit as a gift and got bit by the beer brewing bug.

“My wife bought it for me almost 30 years ago,” he said. “She regrets that now. It kept getting bigger and better. I had a 20-gallon system in my basement.”

In 2017, Ackerman moved into the house next door to David Waggoner and started sharing different varieties of beer with Waggoner as well as the whole neighborhood. They all loved him.

“I’d tell him, ‘you’re retired, you’re not doing anything, why don’t you open a brewery,’” Waggoner said. “Denver’s the last frontier.”

Lincoln County has gone from no breweries to three in just a few short months in 2020. The look and feel of all three are very unique. Lake Norman Brewery is set off the northwest corner of Business 16 and Triangle Circle Road/Unity Church Road on an eight-acre wooded lot. It opened to the public five weeks ago.

Lake Norman Brewery is able to offer up to 22 different beers, ciders or seltzers on tap. It’s a production brewery, so they’ve set aside a lot of extra room to expand.

In order to be approved as a brewery in Lincoln County, it must be on light industrial property.

“That’s why you don’t see any breweries in strip malls or near restaurants,” Ackerman said. “It’s got to be an industrial spot. At the time we were looking, there were only three plots available and this was one of them. The other two were in an industrial park, but they were just two or three acres which wasn’t enough.”

Denver was originally known as “Dry Pond,” and there’s a dry pond on the property that the brewery sits on. “Dry Pond” is used in the names of several of the beers on tap.

In the years prior to opening the brewery, really before the thought even entered Ackerman’s mind, he visited hundreds of breweries around the country. He took the ideas that he got from this “researchery” and used them to create, with Waggoner as the contractor, Lake Norman Brewery.

“I don’t think we could have been happier the way everything came out,” Waggoner said. “It looked like we were just putting a square building in the middle of a crater. Our wives were tearing us up saying we were putting it in backwards. We need a bigger sign because people have been a bit confused when they find us. We’re like a secret club.”

Both men insist that there’s room in Lincoln County for three breweries.

“Bricktree is in Lincolnton which is not near here,” Ackerman said. “Before we came here, you’d have to drive 35-45 minutes to find a brewery. With Royal Bliss, we’re almost like two different kinds of breweries. A lot of people go to both.”

The outside space at Lake Norman is an added perk. People are able to spread out across the patio and even beyond into the parking area near the woods. There are walking trails through the woods and there’s talk of a disc golf course getting put in. The Carolina Thread Trail that goes around Sally’s YMCA (the Kathryn G. Clark segment) is not far from the brewery property and there’s the possibility of linking to it. Yoga classes will soon be offered at the brewery as well.

A runner’s club has been formed that meets at the brewery. An avid runner, Matt Desautel, discovered the brewery and approached Ackerman and Waggoner about forming a running club.

Wednesday is now run night at Lake Norman. Thursdays will be yoga and live music. There’ll soon be trivia night as well.

Lake Norman Brewery is family and dog friendly and located at 1753 Triangle Circle in Denver. They’re closed Mondays and Tuesdays. The brewery has a regular food truck schedule. For more information, visit their Facebook page or website at https://www.lknbrewery.com