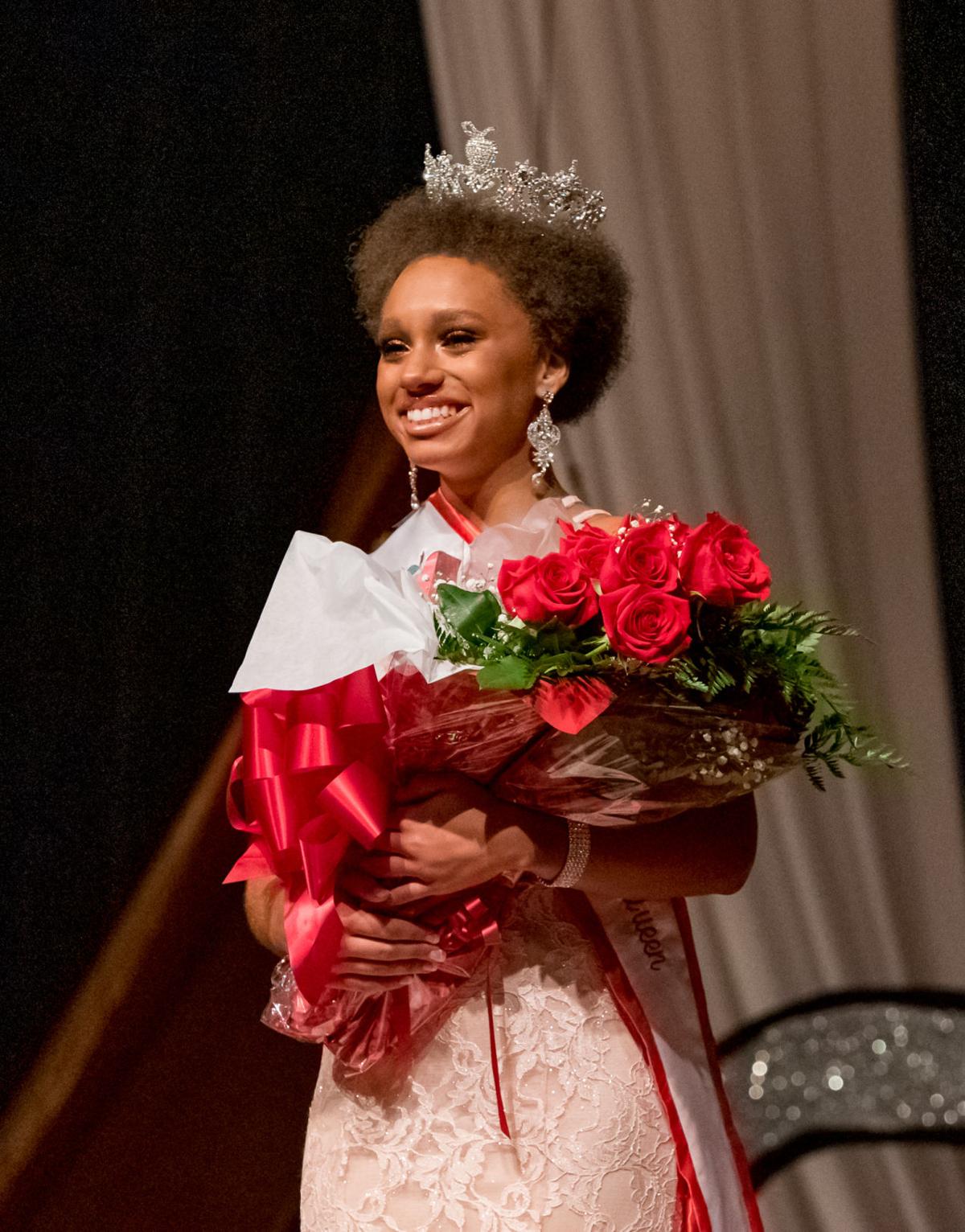 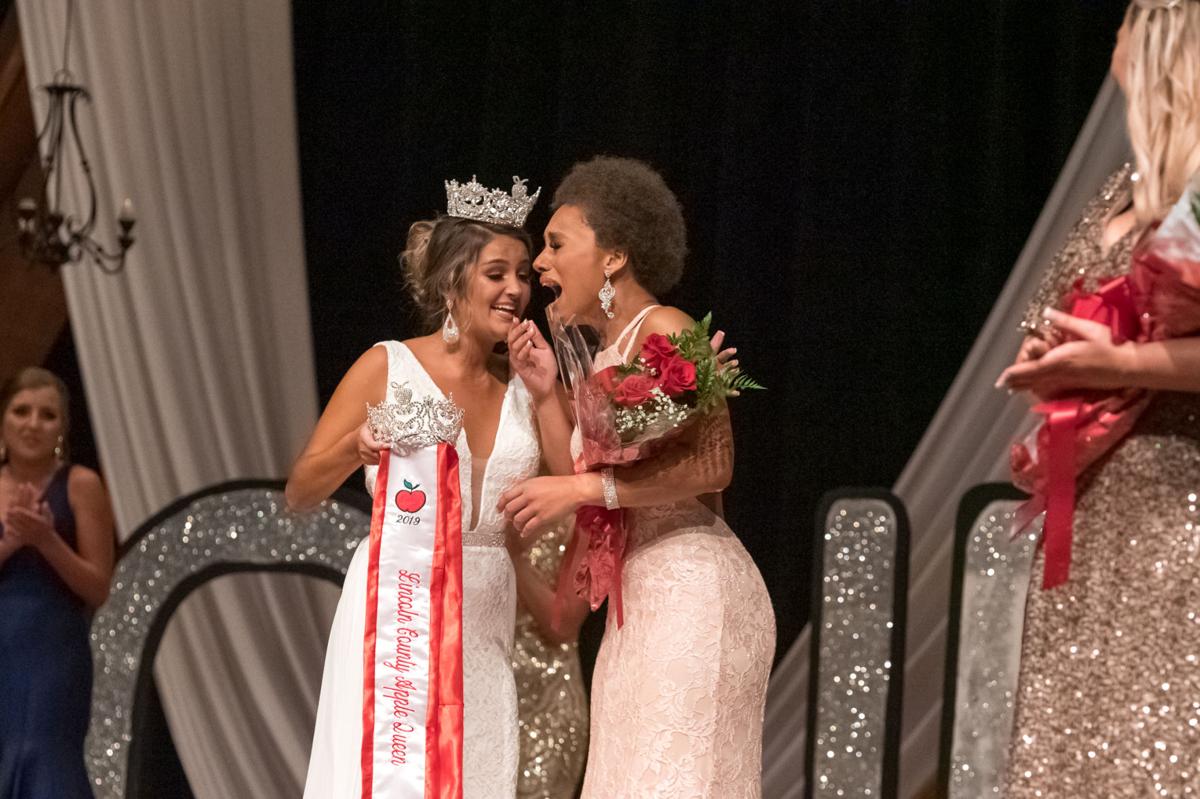 Kayla Marie Jackson, the 2019 Lincoln County Apple Queen with the 2018 winner, Destiny Self. 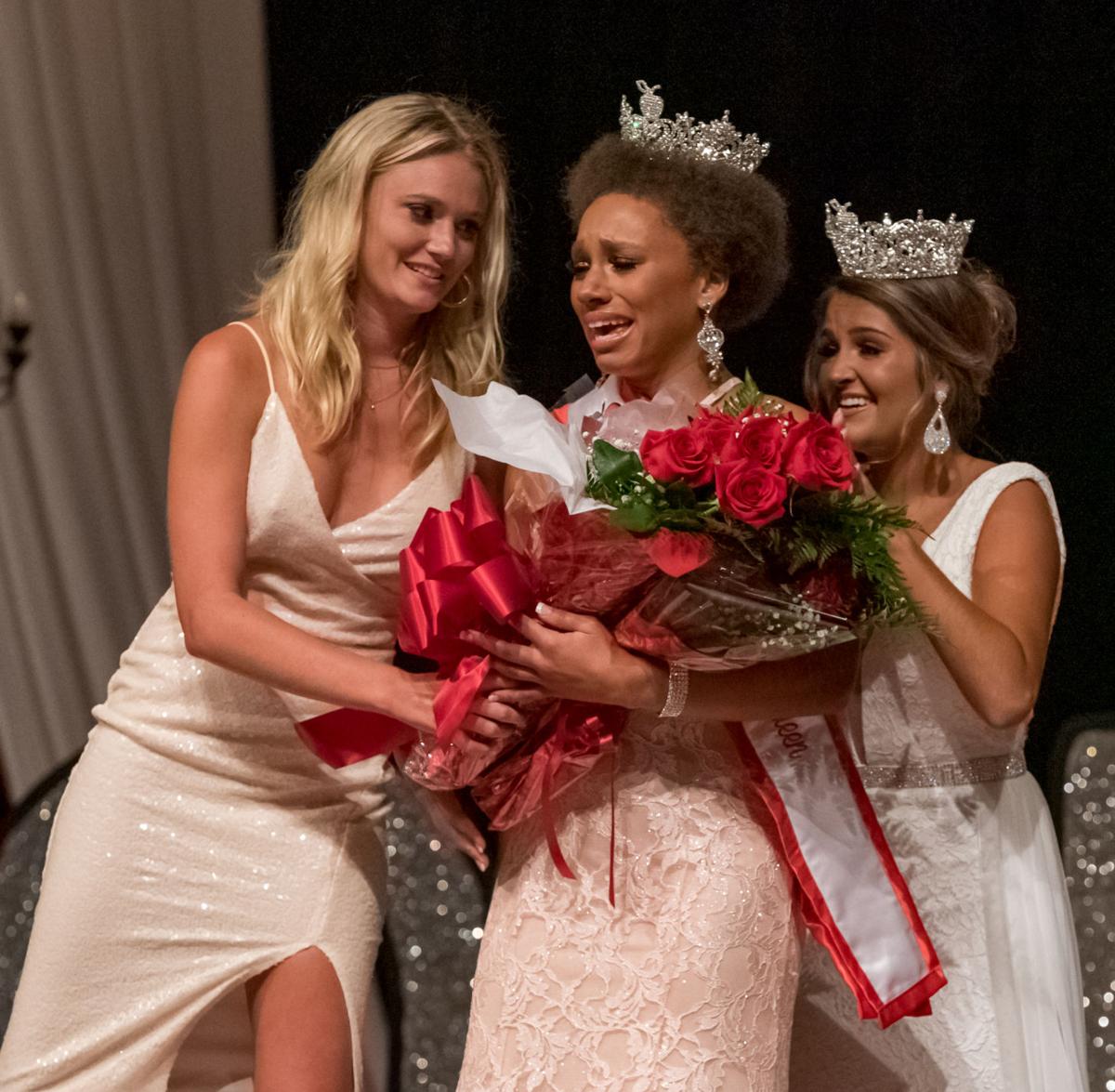 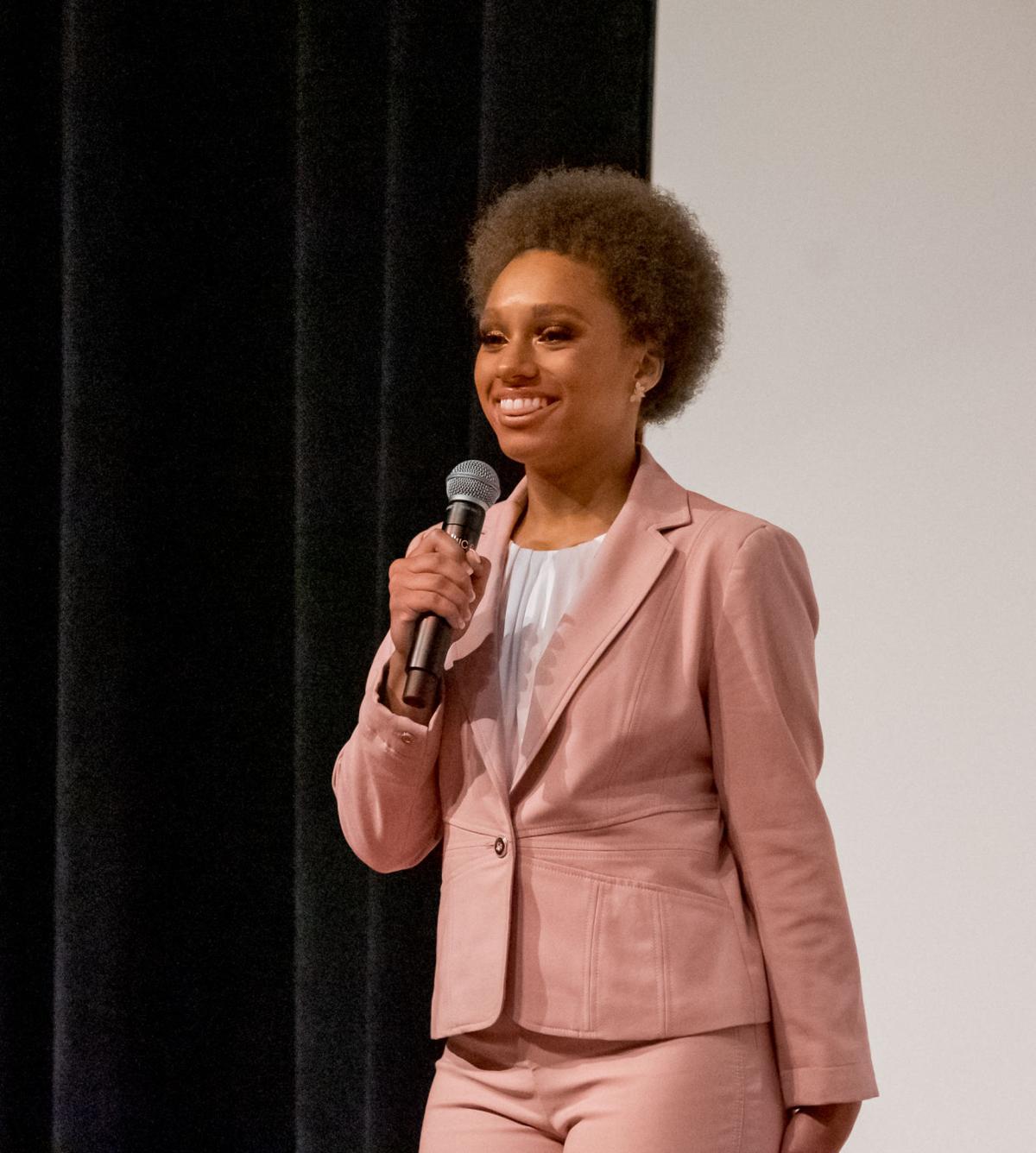 Kayla Marie Jackson, the 2019 Lincoln County Apple Queen during the interview portion of the pageant. 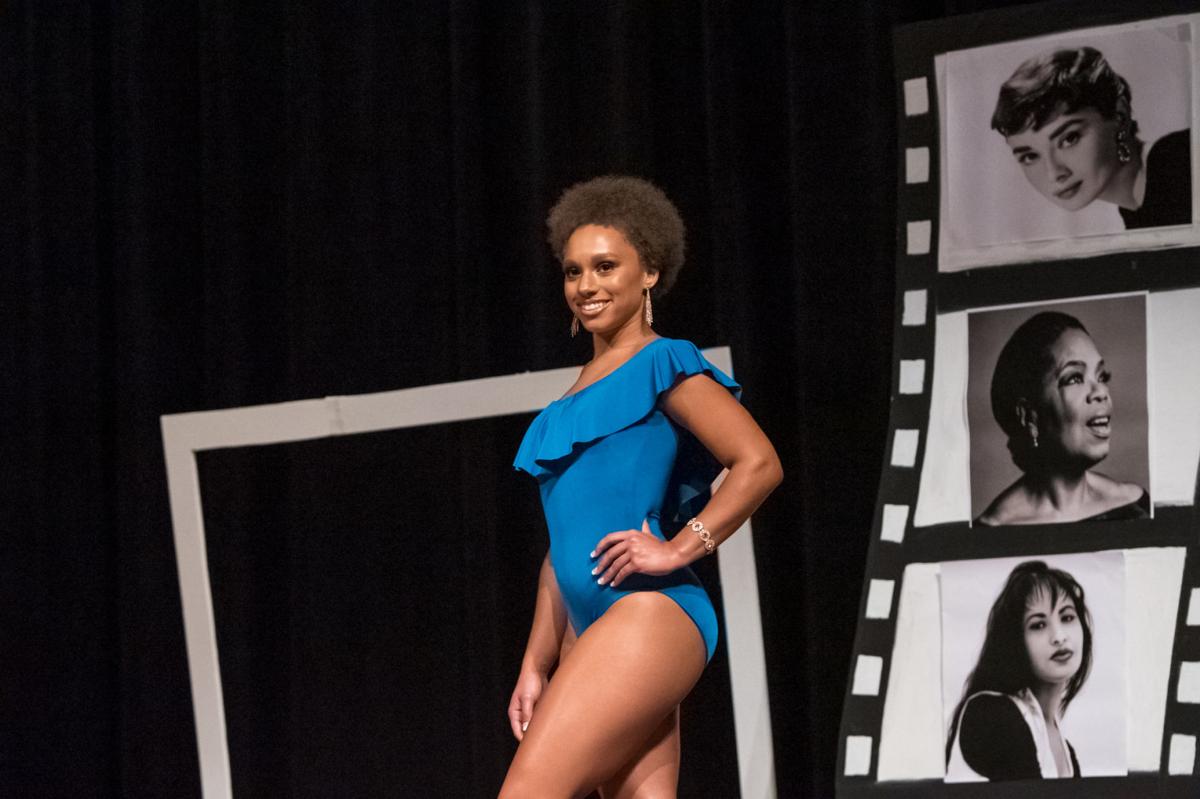 Kayla Marie Jackson, the 2019 Lincoln County Apple Queen during the swimsuit portion of the pageant which she won. 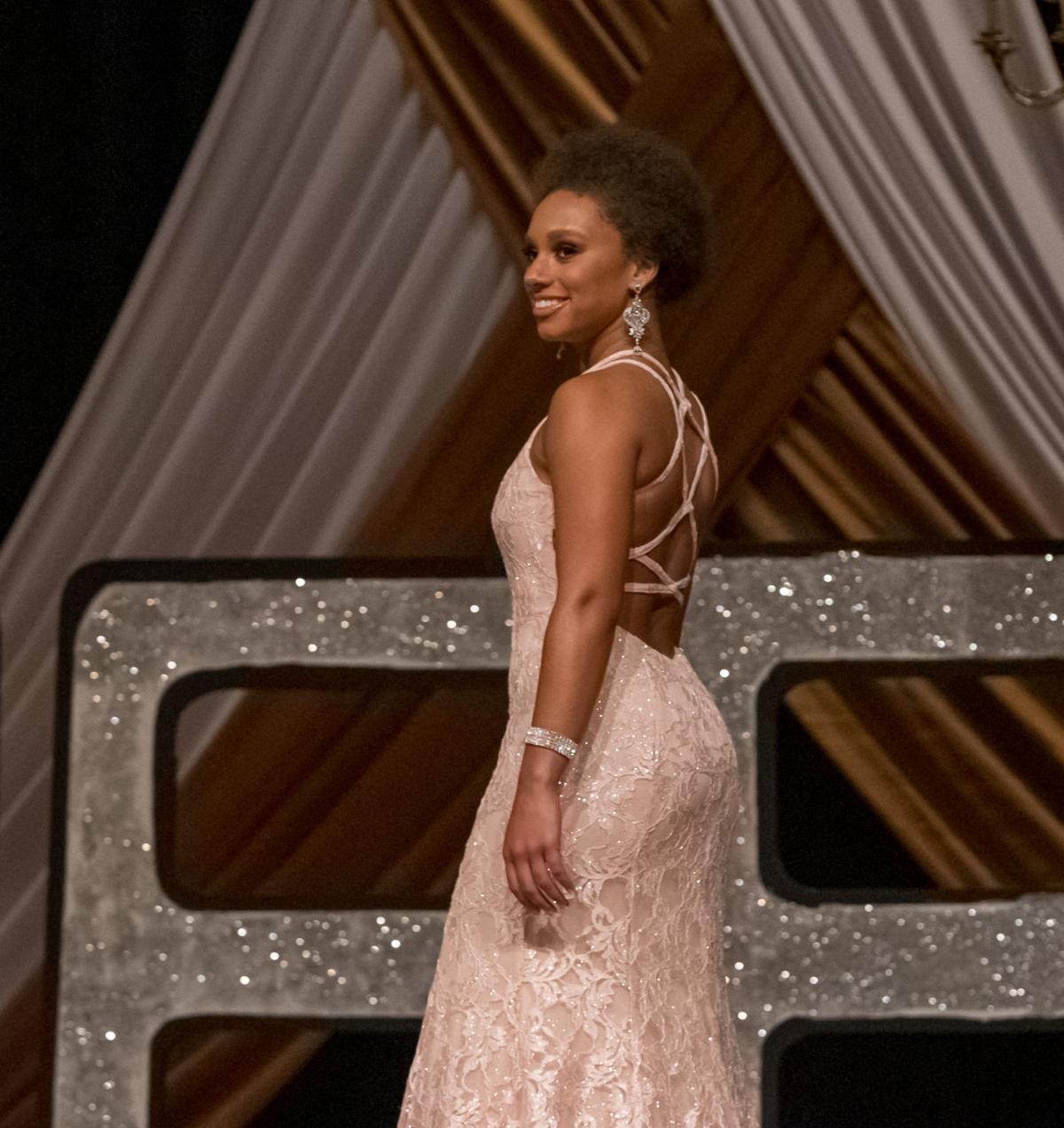 Kayla Marie Jackson, the 2019 Lincoln County Apple Queen during the evening gown portion of the pageant. 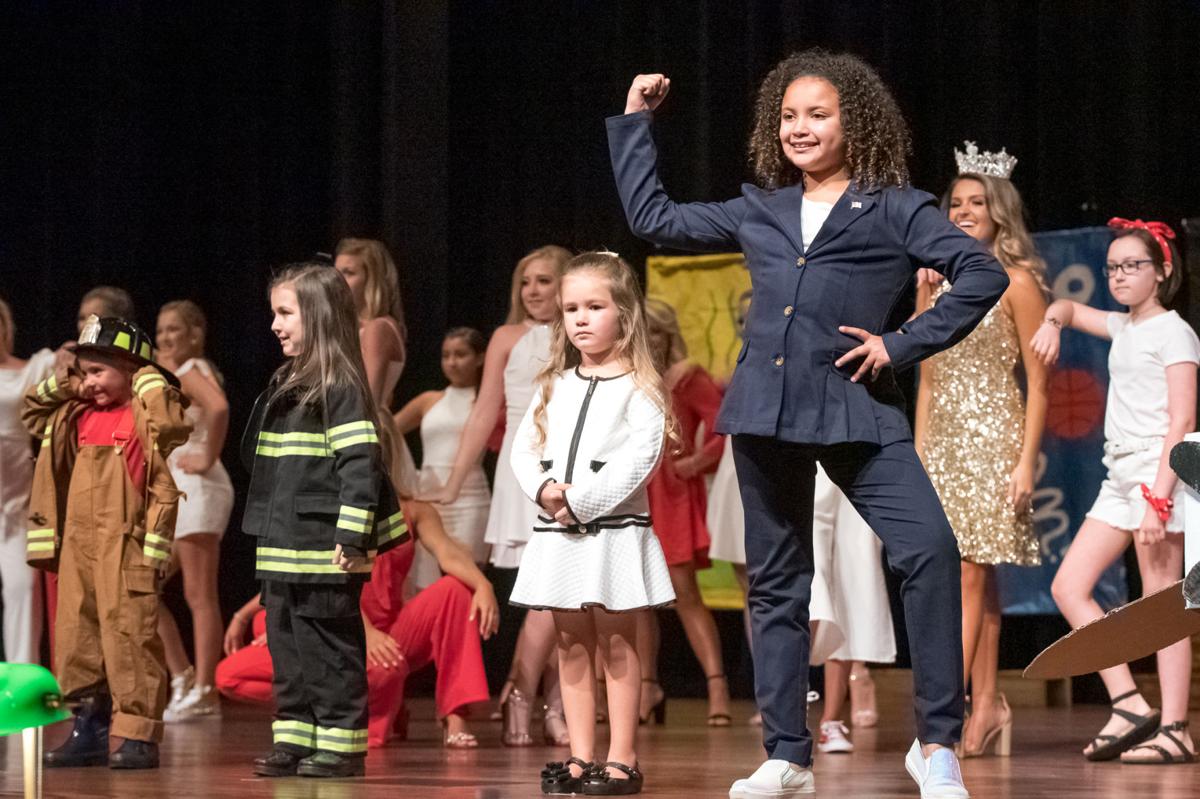 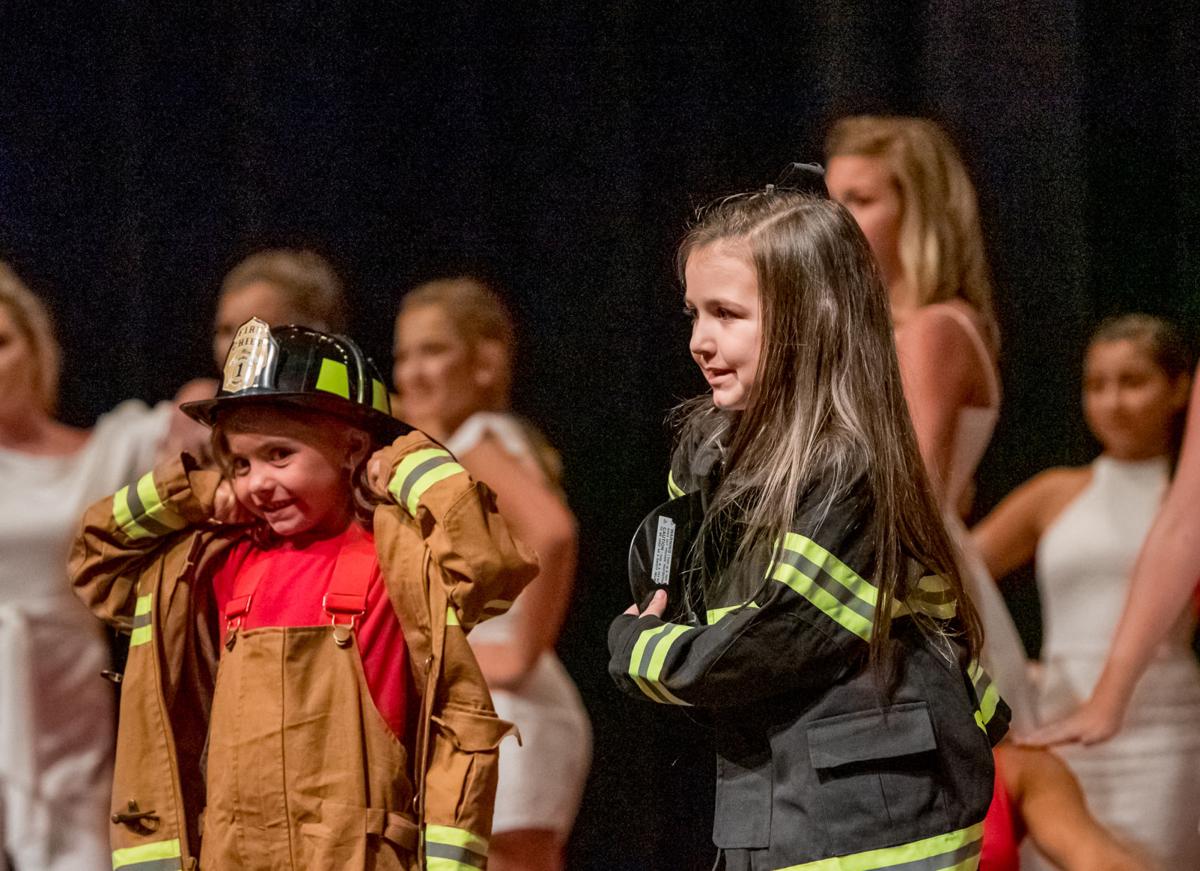 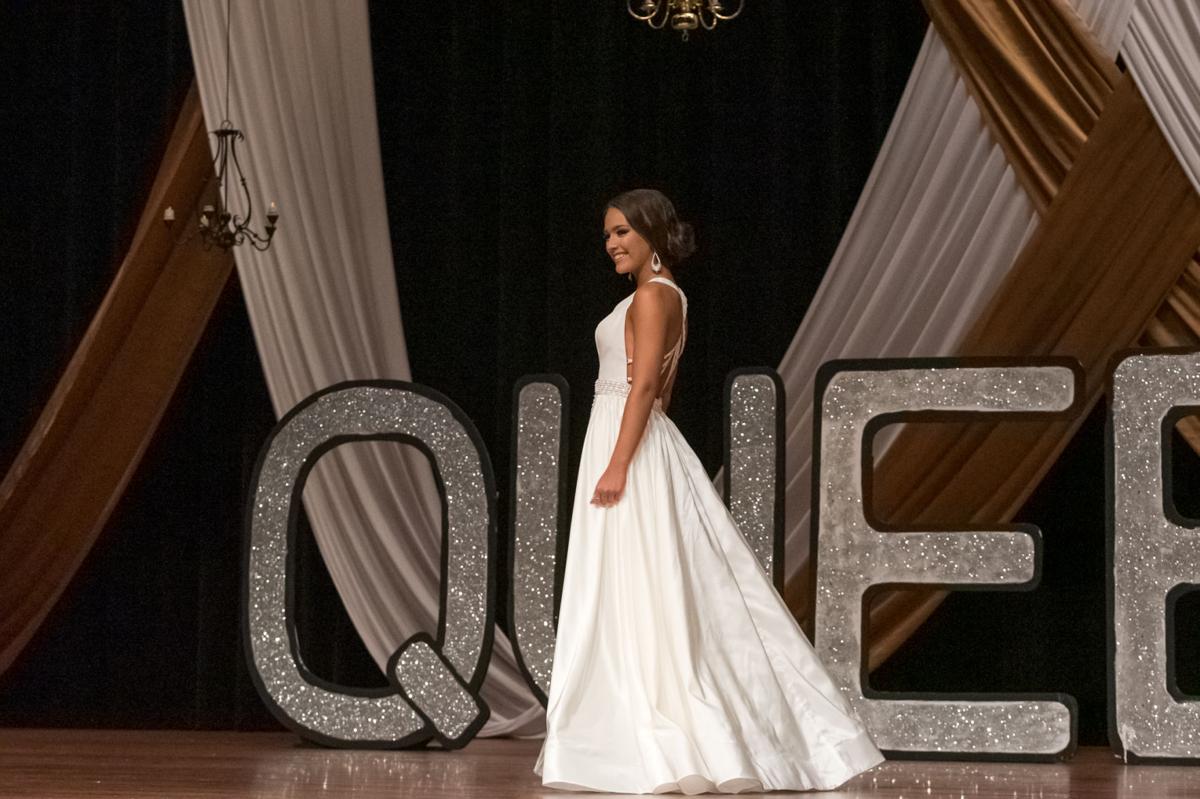 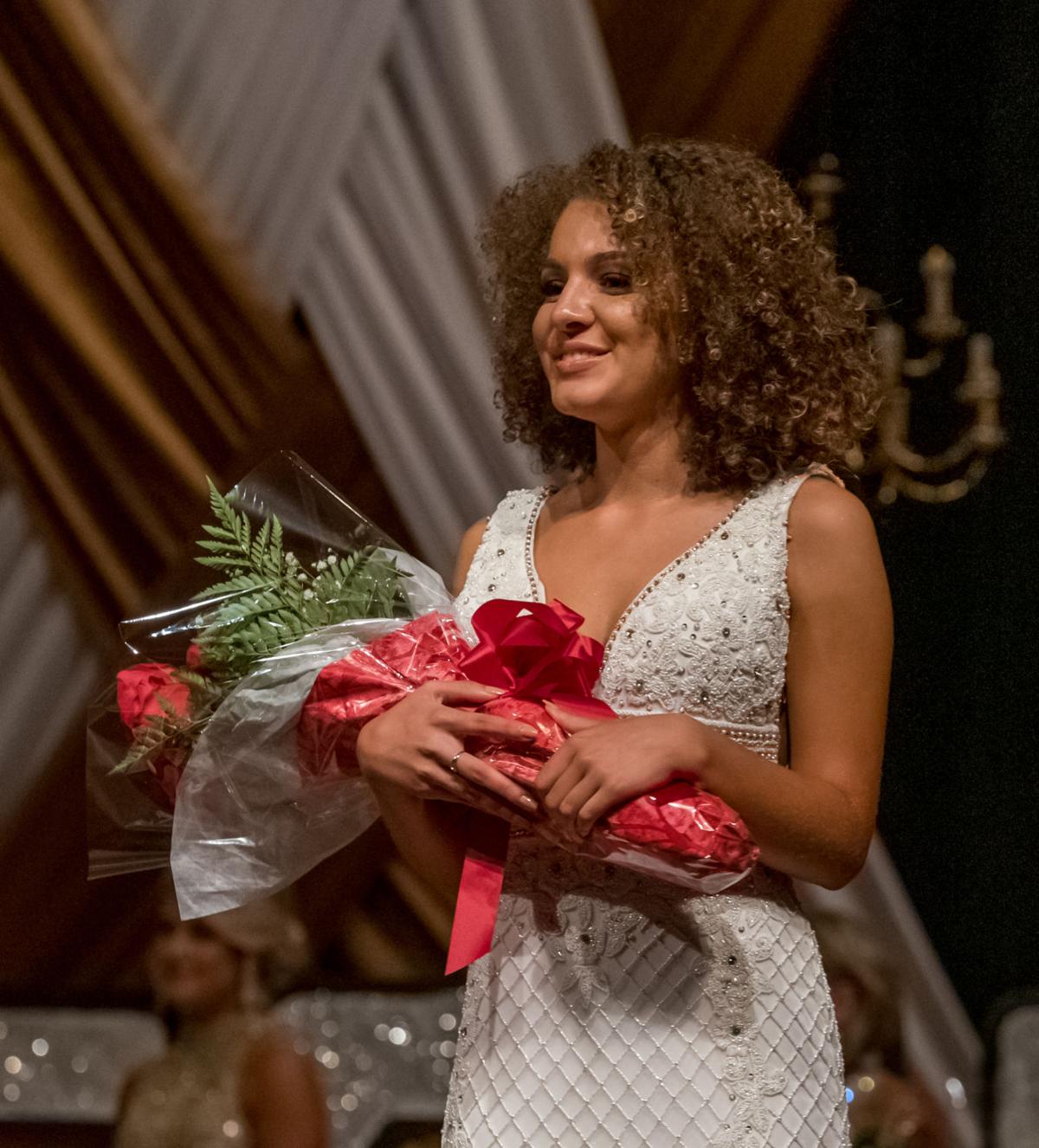 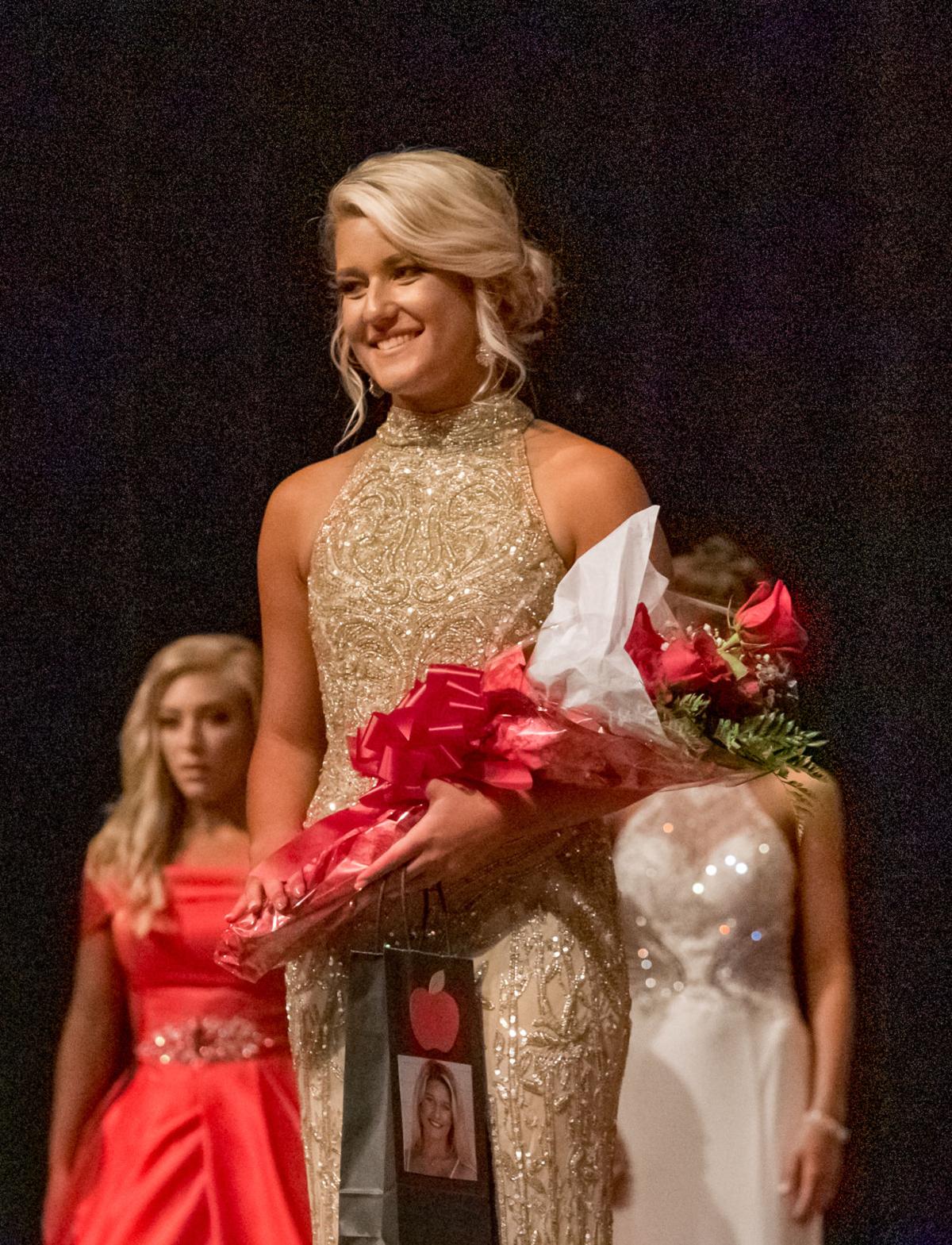 Mary Carol Field, second runner-up and winner of the Apple of my Eye Award  of the 2019 Lincoln County Apple Queen Scholarship Pageant. 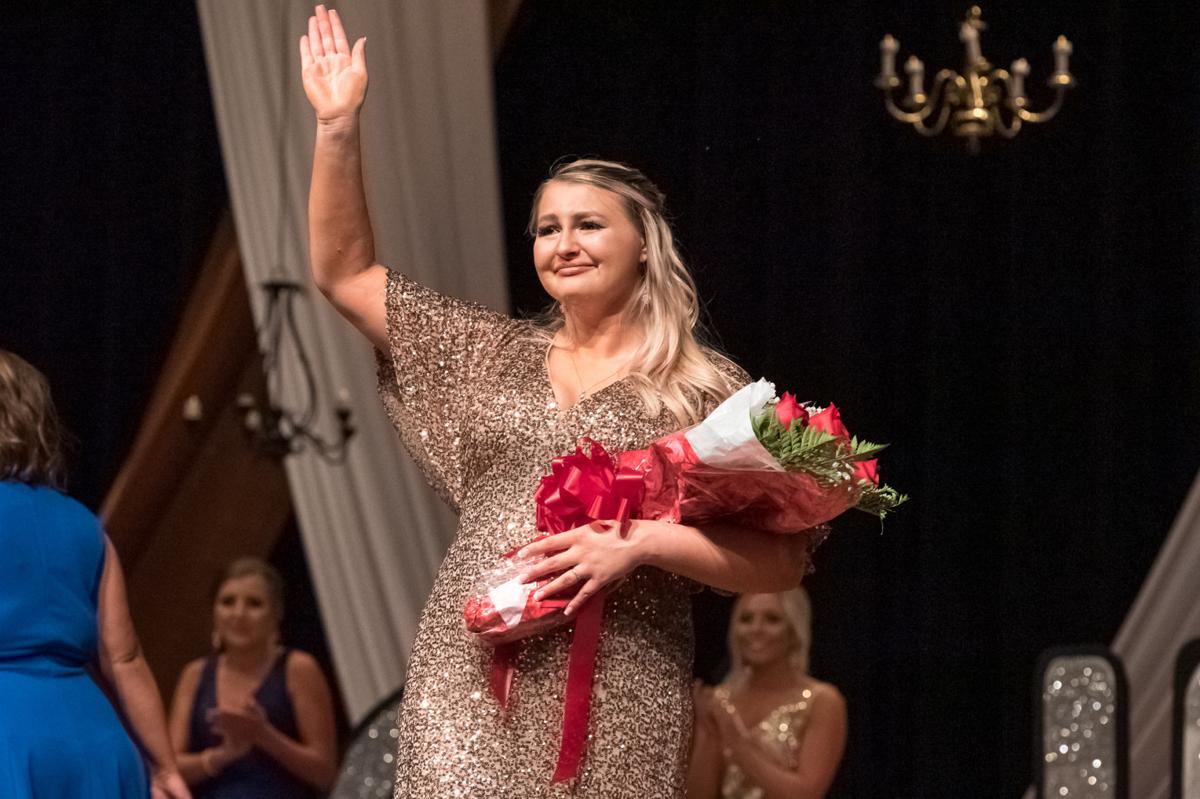 Kayla Marie Jackson, the 2019 Lincoln County Apple Queen with the 2018 winner, Destiny Self.

Kayla Marie Jackson, the 2019 Lincoln County Apple Queen during the interview portion of the pageant.

Kayla Marie Jackson, the 2019 Lincoln County Apple Queen during the swimsuit portion of the pageant which she won.

Kayla Marie Jackson, the 2019 Lincoln County Apple Queen during the evening gown portion of the pageant.

Mary Carol Field, second runner-up and winner of the Apple of my Eye Award  of the 2019 Lincoln County Apple Queen Scholarship Pageant.

A young woman traded in her Sugar Plum Fairy crown for that of the Lincoln County Apple Queen on Saturday evening. Even though Kayla Marie Jackson was the winner, all 13 contestants left the Citizens Center that evening that much more empowered than they were when they set out on this journey. After weeks of bi-weekly practices and preparation, they had to take part in a private interview. On Saturday, in front of hundreds of people and five judges, they all answered an on-stage question and appeared in both swimwear and evening gown before the winner was crowned.

Jackson, a 2019 East Lincoln High School graduate, entered the pageant after encouragement from her mother.

Although Jackson has appeared in many local performances of the “Nutcracker,” as well as competing in dance competitions, she wasn’t so sure about taking part in the Apple Pageant.

“I had mentioned it my mother that I might have been interested in participating in the Apple Queen Pageant this year and she made sure that I actually took action in it this year,” she said. “I’ve talked about it in the past but I’ve never participated. I didn’t have enough guts.”

Jackson’s long-time dance teacher, Kelley McManus Barker, owner of Star Struck Dance Studio, was also involved in Jackson’s decision in competing this year. It’s dance that Jackson said that she’s comfortable doing, not competing in pageants. It’s way out of her comfort zone and she didn’t expect to win anything.

“I just did it for the experience and to meet the girls,” she said. “I really enjoyed it.”

When her name was called, Jackson said that she felt a wide range of emotions from shock to being overwhelmed, to excited.

The platform that Jackson has chosen is to be an advocate for the arts. This is the first time this type of platform has been chosen, according to pageant committee chair Cheryl Burgess. Jackson plans to spend one year at Central Piedmont Community College before transferring to a four year college to study dance education. She hopes to get into a school that has a professional dance program.

“Because I’m a dancer, I already knew how to hold myself and I have the posture of a dancer,” she said. “It helped with my walks and the opening number.”

In addition to winning the Apple Queen title, Jackson also won the swimsuit segment of the pageant.

“I always struggle with confidence so the fact that I got something that requires some sort of confidence really shocked me,” she said.

The theme of this year’s pageant, “powerful women, raise them, support them, be them,”was developed by pageant director Erica Miller. The opening dance number featured the pageant contestants and the apprentices as well as young girls attired in business attire and trade uniforms. The set for the swimwear portion had two picture frames, one that said “#AppleQueen” and the other that said “Every body is a swimsuit body!” as well as film strips containing headshots of powerful women.

The set for the evening gown portion was stunning with silver and gold draperies, chandeliers and the word, “queen” in silver glitter as the backdrop. Contestant number one, Gia Kate-Nicole Rudisill, won the evening gown segment of the pageant.

The set was designed by local artist Karen Hovis and completed with the help of the apprentices.

“About three years ago, we were struggling with getting Erica’s vision to come to life,” Burgess said. “I said, ‘my neighbor’s an artist, let me just call her.’ Karen walked in and said, ‘oh yes, let’s do this, this and this.’ We’ve called Karen every year since then.”

And so it begins again for Burgess, who is fondly known as the “pageant mom.” This is a bittersweet time for her when the former Apple Queen leaves the nest and she starts over again with a new girl. Jackson will be her sixth Apple Queen. Throughout the year, Burgess helps coordinate all of her appearances, makes sure she gets what she needs as far as publicity, is her liaison to the Business and Professional Women, takes her to meetings and in general, serves as a role model.

“I tend to get a little attached to them,” she said. “Destiny’s off to college and she’s going to do great things. I’m excited for her. This is the honest to goodness truth, they could have called the name of any one of those young ladies on that stage last night and we would have been yep, that’s the one. They all worked their butts off over the summer and every single one of them was fully prepared to walk home wearing that crown and would have done a phenomenal job. If we had one little ounce of influence on any of them and they will go on with the boost of confidence that they found in themselves, then we’ve done our jobs.”

After it’s all done and over, the relationships that Jackson developed with the other competitors is what she said will be everlasting for her.

“They are all beautiful and all of them are so genuinely sweet,” she said. “I enjoyed spending my summer with them and I truly think I have a sisterhood for life. I can’t wait to see what this next year holds and to know these girls are behind me is amazing.”