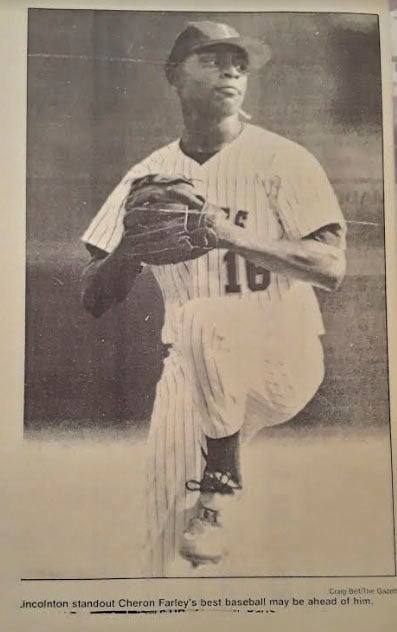 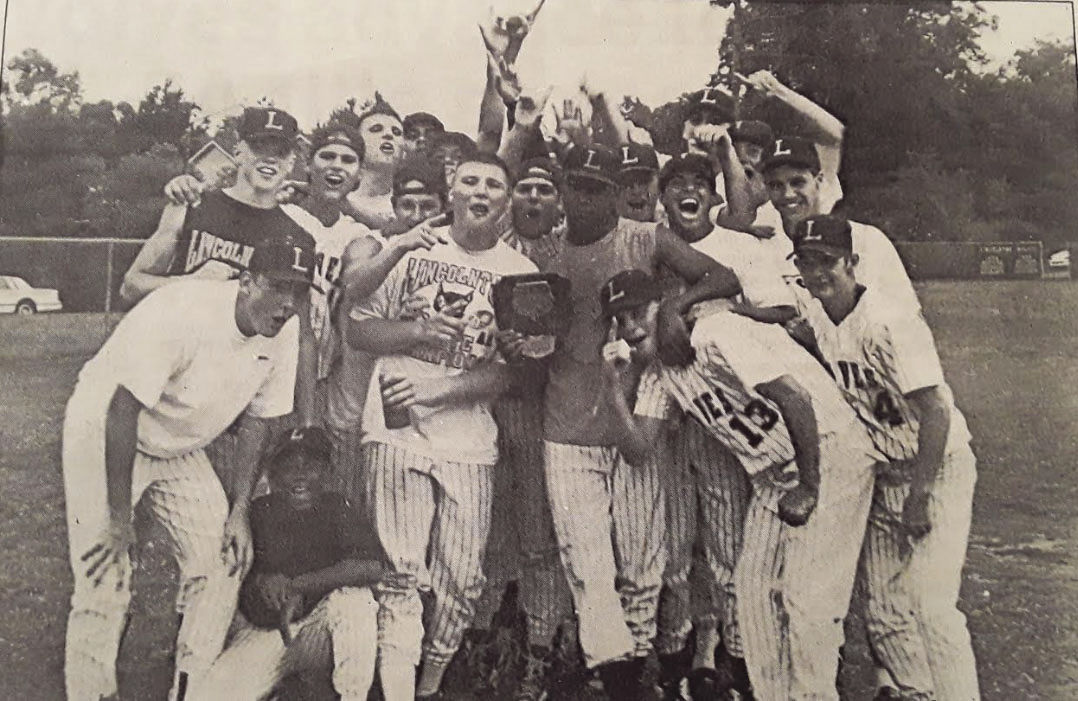 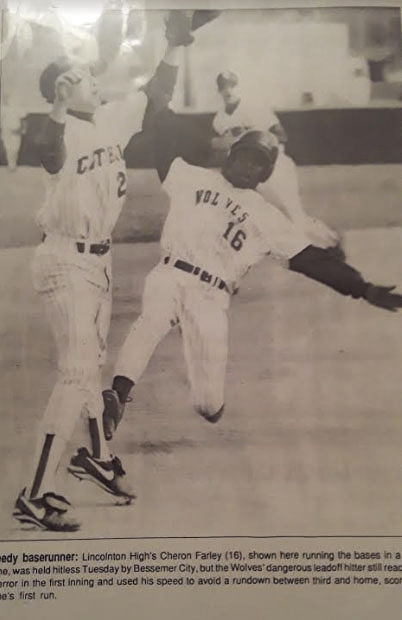 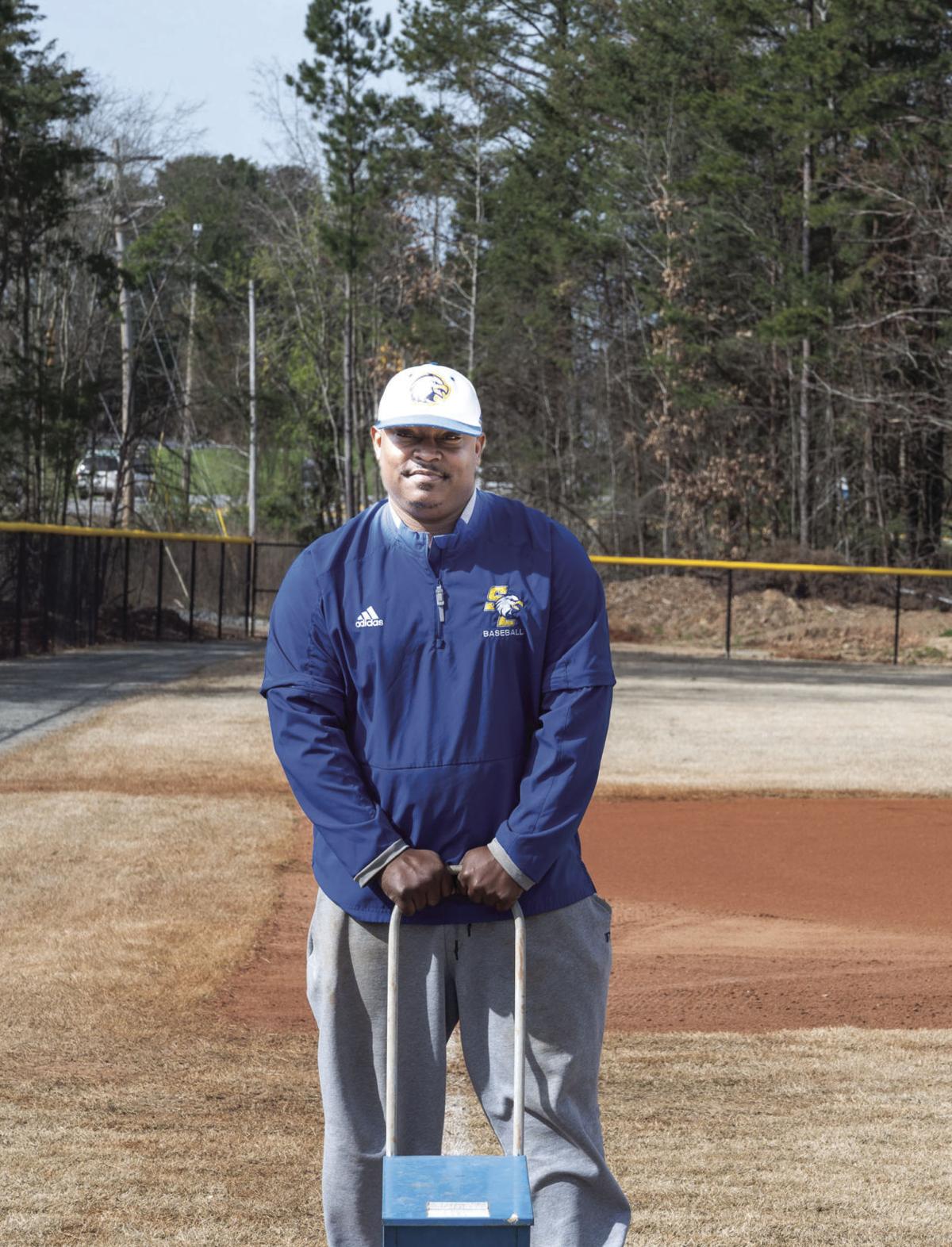 Now that the rain’s let up and baseball season has started, Cheron Farley has been spending a good bit of time getting the baseball field at SouthLake Christian Academy in tip-top shape. At SouthLake, both the baseball and football fields are his own “fields of dreams.” Farley was recently promoted to head football and baseball coach at this college preparatory school just a few miles beyond the Lincoln County line. When he’s not coaching SouthLake students, he’s working on the fields or helping to promote young athletes, many of them from Lincoln County, at Dry Pond Blue Socks in Denver where Farley and his wife Alysia live.

“I’m the 17-and-under coach at Dry Pond,” he said. “We take them to various colleges to get them seen so they can get to the next level.”

Lane Hoover, Tyler McPeak and Ty Cobb are just a few of the Lincoln County students that Farley has helped get their baseball careers started.

Farley’s roots are in Lincoln County, particularly Lincolnton High School. Graduating from Lincolnton in 1995, he played football, baseball and basketball. LHS won their first football championship when Farley was a sophomore in 1993, and the following year, they made it to the championship game, but lost. Farley was named defensive MVP that year. Farley was also a member of the LHS baseball team that won a state championship in 1995.

“It was fun times,” Farley said. “We had a good core. The kids on the teams all grew up together. We played out on the streets together, went to school together and we won together. We were winning from the little Rotary Ram team all the way up to high school. You built something together, you understood each other. That was big.”

One particular football game that Farley played when he was a senior sticks with him, and that was the 1994 2A championship game against Wallace-Rose Hill.

“I felt like I should have done a little more,” he said. “We got beat, but that same year, winning baseball was big. I pitched in all three games.”

Farley was drafted out of high school to play baseball for the St. Louis Cardinals, but he didn’t go there. Instead, he went to Brevard Junior College for two years thinking he could still go to the Cardinals, but that didn’t pan out. He finished his career playing at North Carolina A&T.

“Ball has taken me to see a lot of the world,” he said. “I played in Japan, Canada and numerous states. It’s been a fun ride.”

In retrospect, Farley does wish that he would have been able to live out his dream of playing professional ball.

“I would have established a legacy for my sons and grandsons like all the other MLB draftees that paved the way for their kids,” he said.

Sports have changed dramatically since Farley played for LHS. The players are getting “bigger, faster and stronger” and now everything is so available to them.

“We didn’t have the state-of-the-art workout rooms,” he said. “Also, social media makes it easier to get recruited. Back then we had to send a tape. From what I’m seeing, and, in my opinion, you don’t have to be the best. You just have to do good on that date.”

Like with many students, because he was good in sports, Farley had options available to him than a student who wasn’t as athletically inclined may not. If that wasn’t the case, Farley admits that he’d probably be a “knucklehead” out doing things that he grew up in the environment seeing a lot.

“Not that my environment was bad, but it was there,” he said. “If sports didn’t take me out, it’d probably be tough for me now. I wasn’t the best student, but my parents were hard on me when it came to academics, so I had to keep my head straight. Plus, playing sports, you have to keep your grades up.”

Some of Farley’s friends have followed that particular path, but a lot of them are turning their lives around.

“It could have easily been me,” he said. “I tell the kids here, ‘keep grinding, don’t give up on it. Don’t worry about what people say, just go out and play your game. Bet on yourself and you’ll prevail.’ I had a lot of naysayers when I was in sports.”

Of course, like all coaches, Farley’s proud of their own field of dreams. He’d love for people to stop by and offer to help out with either the baseball or football field at SouthLake Christian Academy.