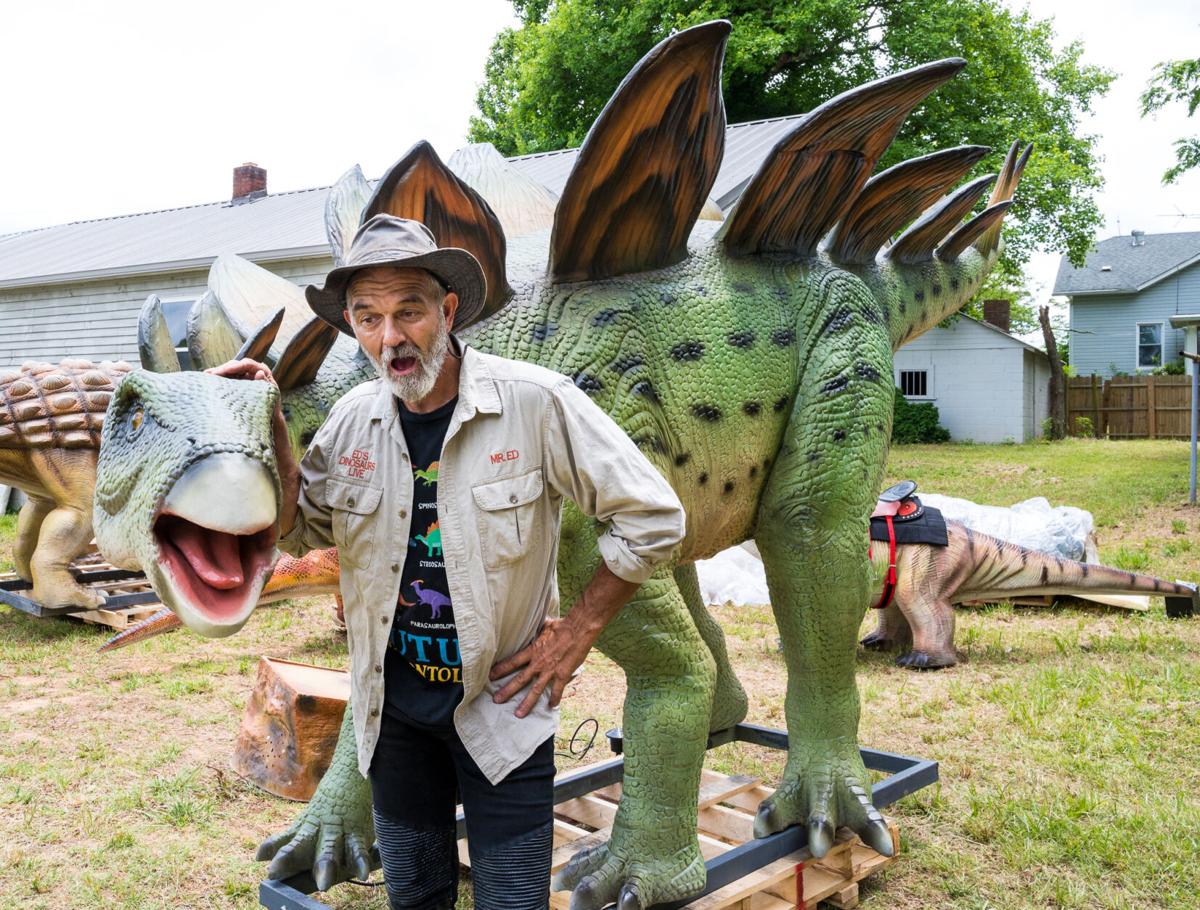 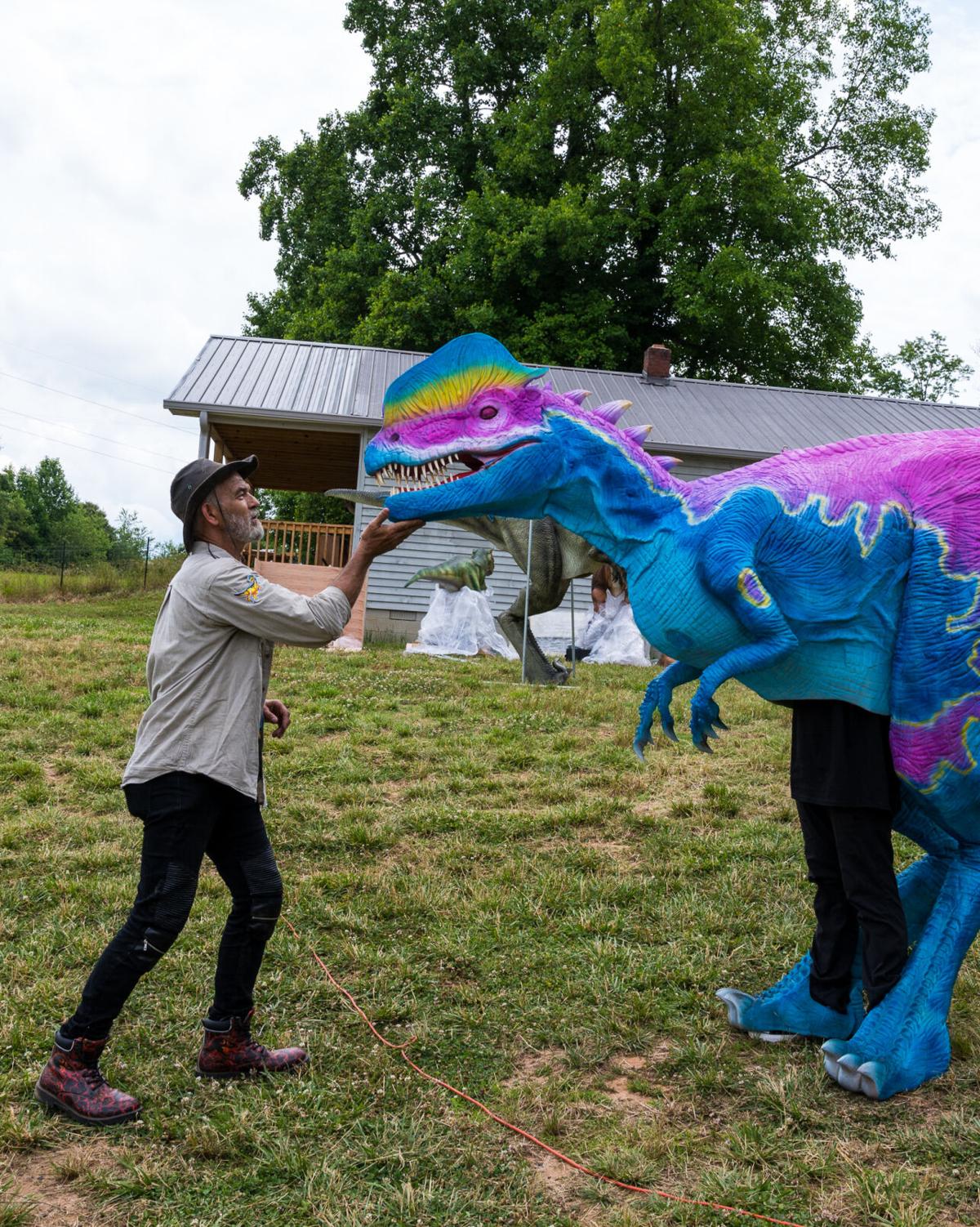 It’s a little-known fact that it’s open season on dinosaurs once a year in Vale. Most people don’t even know that dinosaurs still roam free, but they do, only once a year and only on Upton Family Farm in Vale. Ed’s Dinosaurs Live has partnered with Upton Family Farm for a drive through dinosaur hunt and “DinoLand” beginning on Friday, June 18 through Sunday, June 20.

The dinosaurs are beloved pets of Ed Bounds.

“I never outgrew dinosaurs,” he said. “I’ve been doing this six and a half million years. That’s my story and I’m sticking to it. I travelled back in time and got one egg and brought it forward. Kids love dinosaurs and I love kids. When you get the two together and it’s a deadly combination.”

The dinosaurs are really quite realistic, or as Bounds says, “as real as your imagination.”

Those on the drive through dino hunt will be “armed” with nerf type blasters and be able to drive through the farm trails at Upton Family Farm and hunt dinosaurs.

“They have to be careful though,” Bounds said. “The hunter may become the hunted.”

The dino hunt was an activity that Bounds came up with during COVID so children and their family, yes, adults love dino hunts too, could have fun while staying safe in their cars.

“We tell folks when they buy their tickets that it’s geared for kids three through 12 because we don’t want a teenager to come out and be disappointed but just about everyone who’s gone through one said they loved it,” he said. “If you don’t love dinosaurs, what’s wrong with you?”

After they hunt, it’s possible to visit Ed’s DinoLand with full, or almost full-sized dinosaurs. There will also be farm animal feeding opportunities, slides, swings, carnival food and train rides. Bounds will do an educational “Dinosaurs Live Show” every two hours.

Upton Family Farm is an agritourism site owned by Bobby and Jean Jenks.

Online tickets are being sold at $20 per carload. These will be available until midnight Thursday June 17. Tickets sold at the gate will be $30 per carload. To assist with long lines, it’s asked that an estimated date and time of arrival be chosen. Hours are 10 a.m. to 6 p.m.

“These times aren’t set in stone, we just want to try and spread the fun out for everyone and reduce waiting times,” Bounds said.