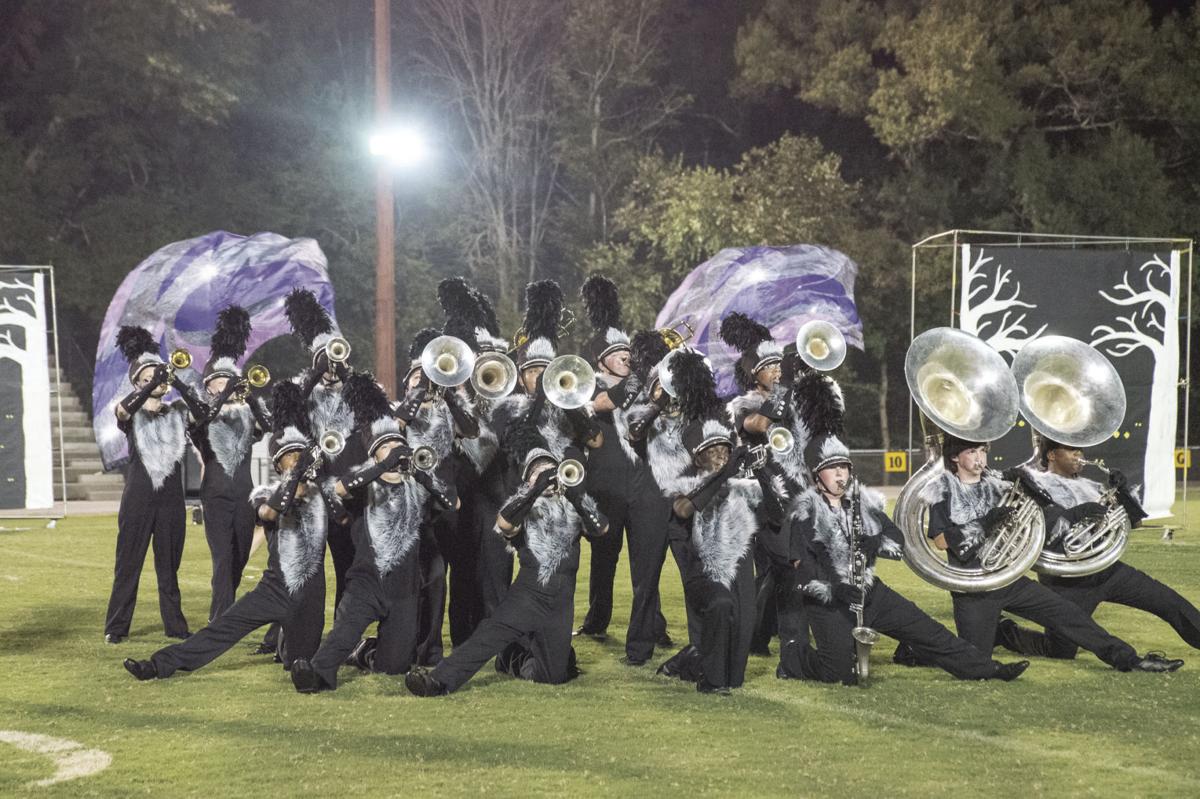 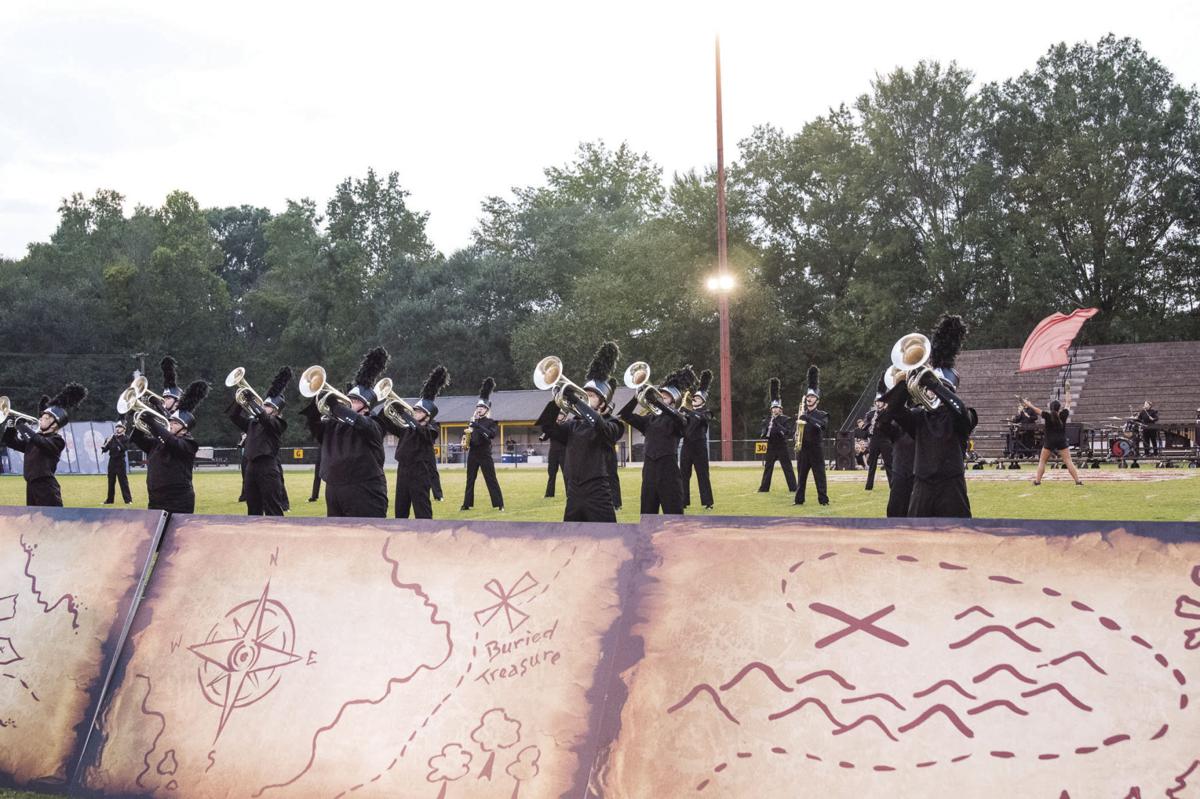 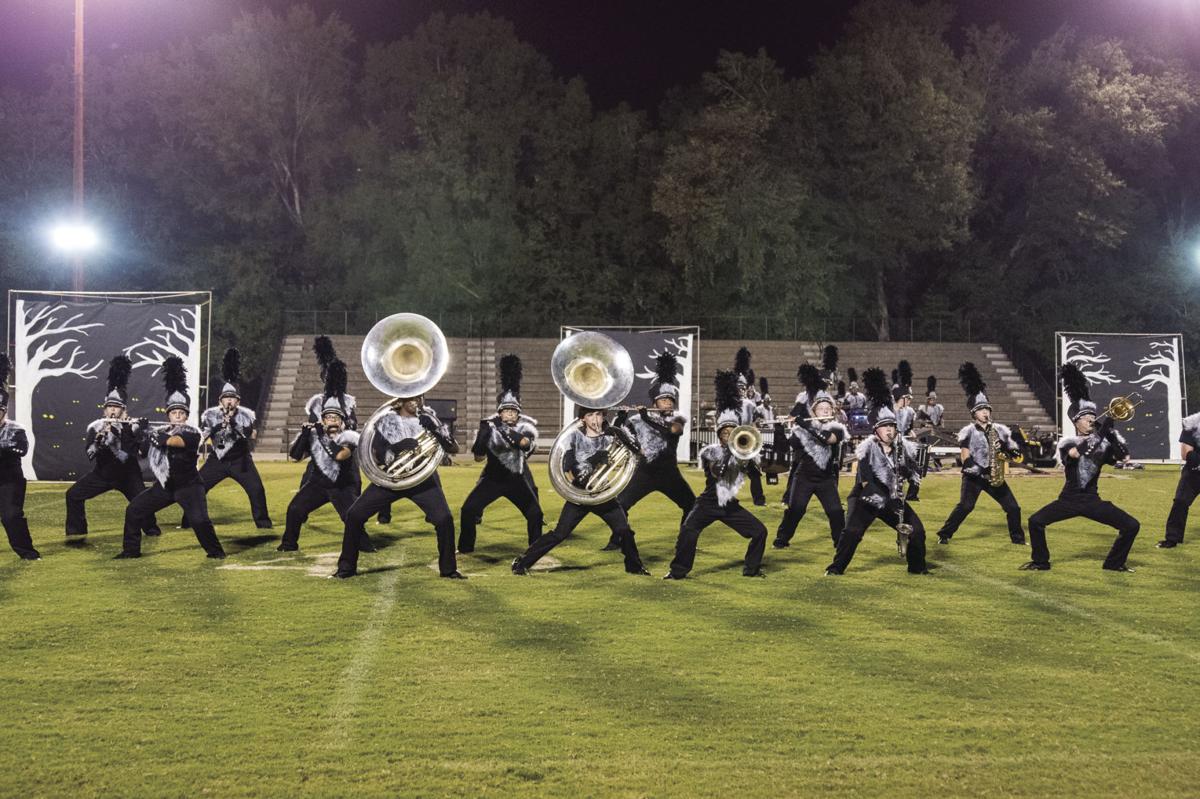 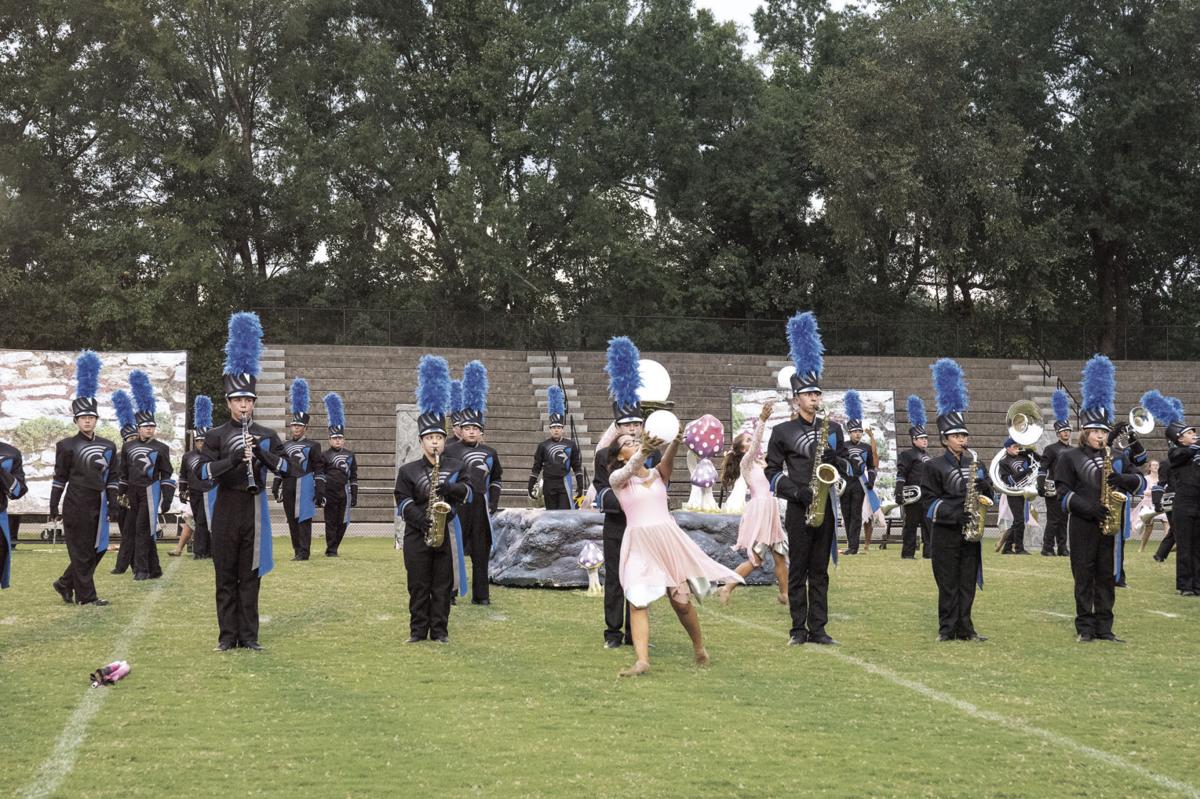 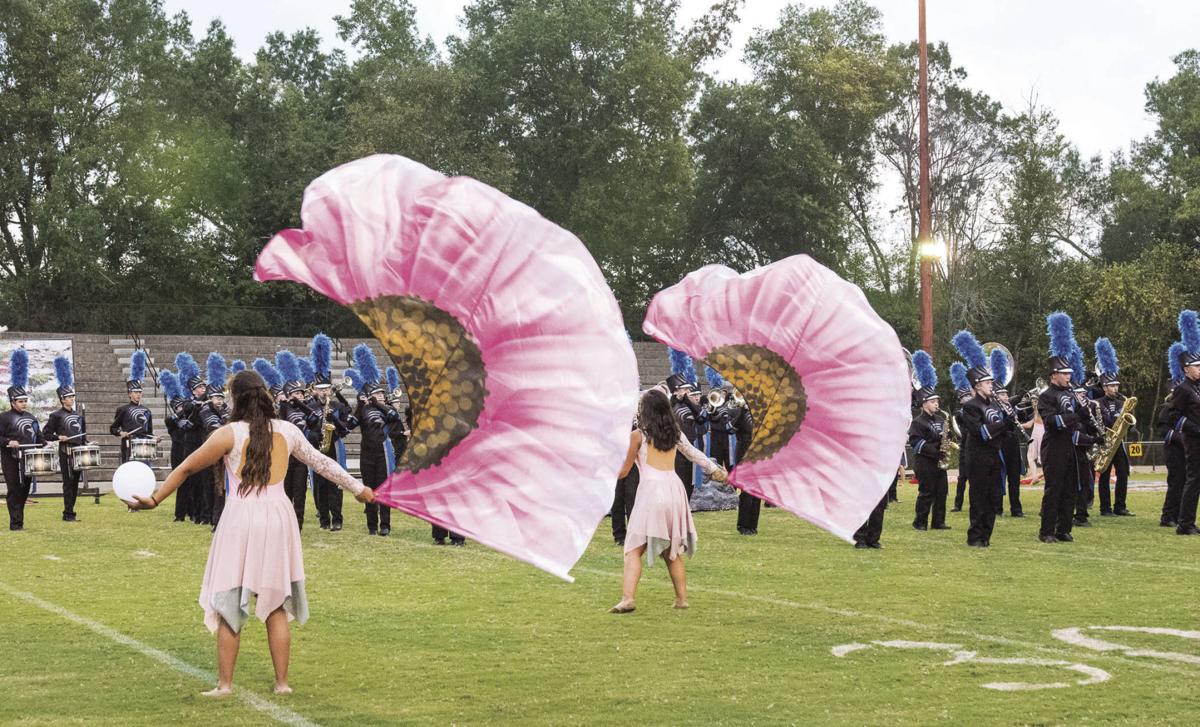 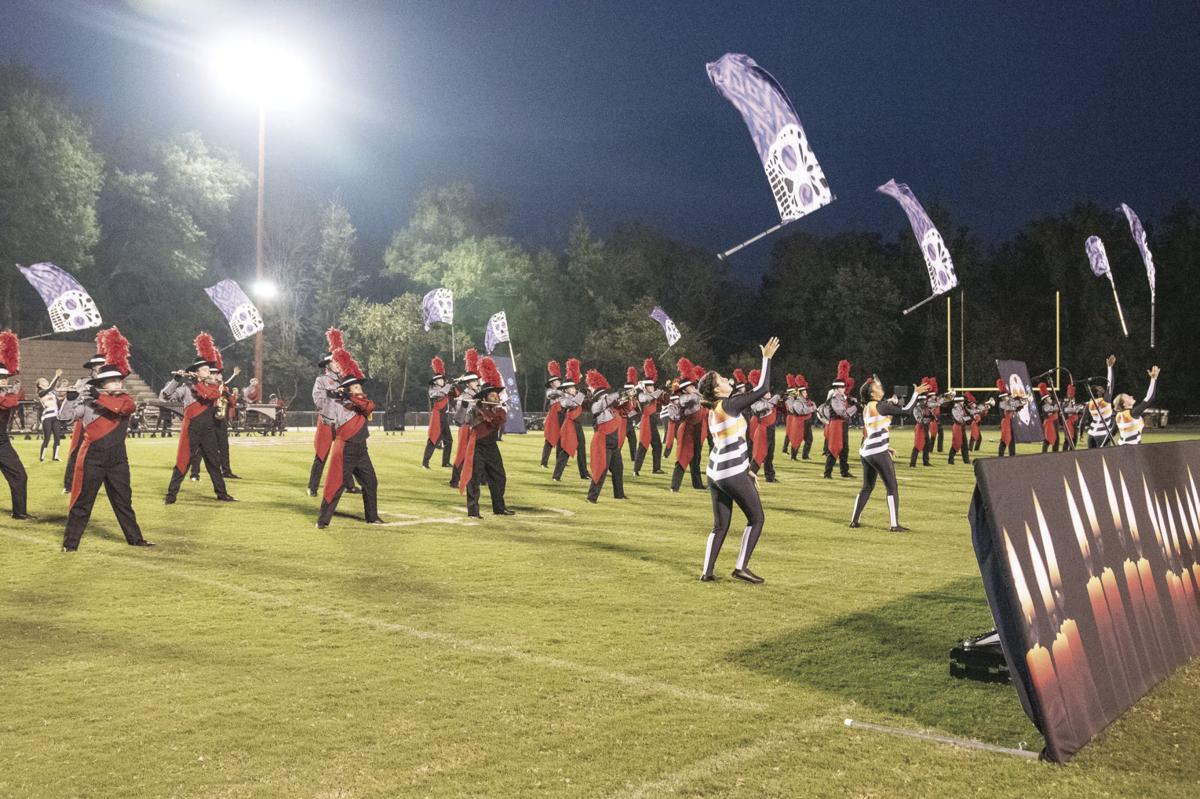 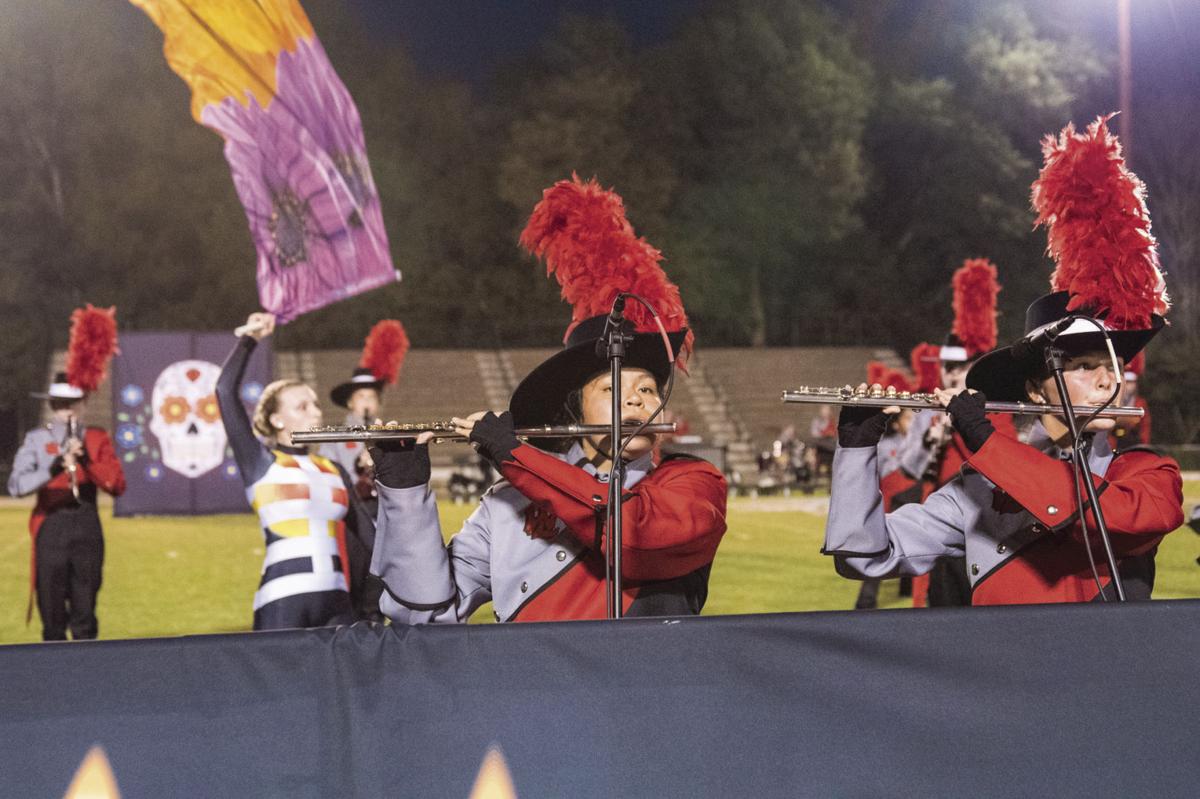 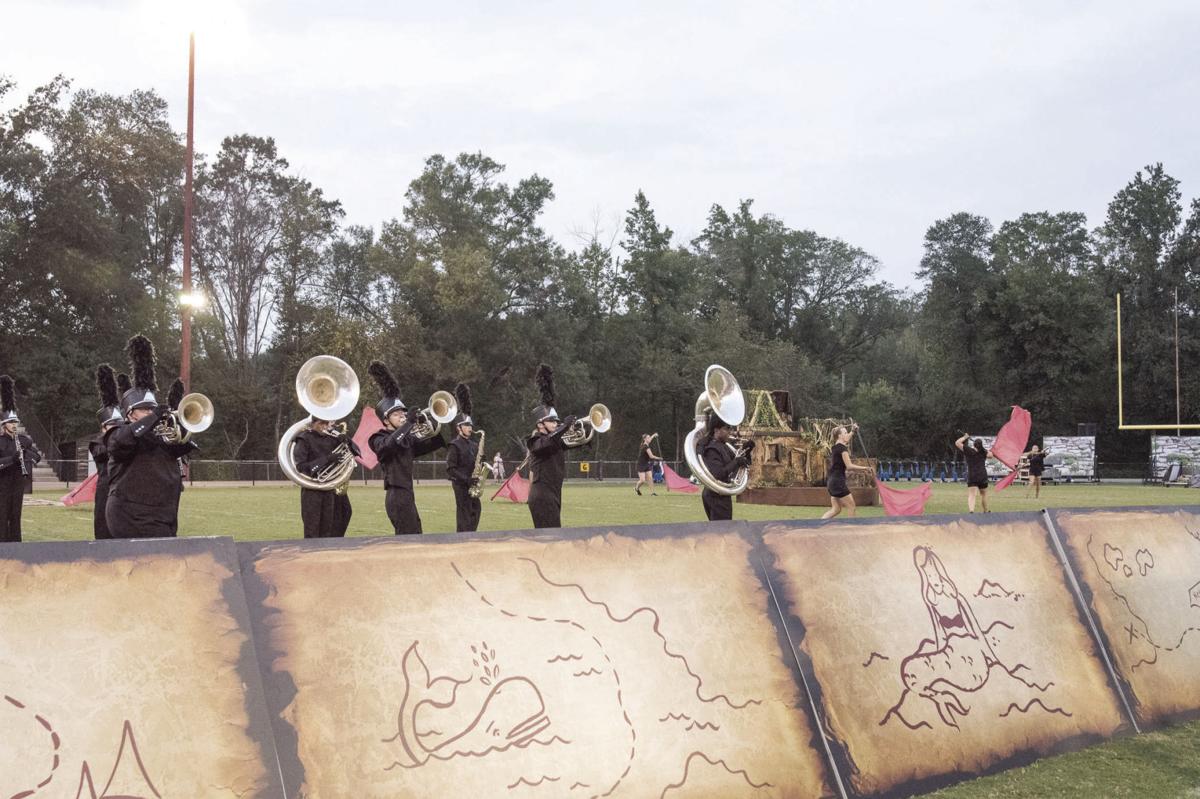 After months of hard work, all four Lincoln County Schools high school marching bands performed their field presentations Saturday night at Lincolnton High School’s football stadium. This is the 44thyear that these presentations have been scheduled, last year it got rained out but the weather was perfect this year.

Band director Kevin Still described the show as depicting the search for a mysterious garden that is foretold in an old legend as a place of unworldly beauty, magic and home to mysterious creatures.  The garden contained many mysteries and powers and only the use of sight is allowed to appreciate its beauty. Physical touch is forbidden.

“The Band of Knights will tour throughout the greater Charlotte region this fall, with stops in Harrisburg, Union County, Mooresville and Charlotte, as well as hosting the 16th annual Roundtable Tournament of Bands on Oct. 5,” Still said. “The students have worked extremely hard to bring this show to life and are supported by a phenomenal group of supportive parents and volunteers.”

The East Lincoln High School Mustang Band took the field next with their production of “Lost Boys.” The presentation, as described by band director Matthew Brusseau, takes the audience on an adventure to Neverland. The show describes (through music and visuals) the lost boys and how they left their homes to go to Neverland, not wanting to grow up, facing turmoil and again finding peace.

“This has been one of the strongest bands I have worked with,” Brusseau said. “The kids are doing a fabulous job. They continually work hard to achieve at the highest of levels and truly want to be successful. I am incredibly proud of these kids and their fantastic work ethic. This is going to be a successful season for us.”

With their 2019 production entitled, “Día de los Muertos” (Day of the Dead), the West Lincoln High School Rebel Regiment tells the story of this Mexican celebration and remembrance of family members who have passed. The Rebel Regiment are working under new band director, Jacob Brittain.

“We’ve been focusing on the emotional side of that holiday and about how our music coincides with the celebration side of the holiday,” Brittain said in an interview with Times-News in August. “The middle portion of our show is more of a remembrance. We’ve talked about the weight of that and the emotional ties of remembering loved ones who have gone on.”

This show has a deeper meaning than some that the band has done in the past, which Brittain said he likes and the band members are buying into it and playing with a lot of emotion, pride and passion.

“We’ve talked about when they perform how they can, through music, convey those emotions and expressions associated with that holiday and if we can make personal connections with family who have gone on, celebrating their lives,” he said.

The last band to perform was the Lincolnton High School Wolfpack Band with the production of their show titled, "The Wolf." During the performance, band director Josh Belvin explained, band members explore three different sides to an animal that humans have long been captivated by. The first tune plays on several children's stories where the "Big Bad Wolf" plays the antagonist. The second tune features the Native American story of Quae Carcajou. This story describes how the wolf and the moon were lovers who lived in the spirit world (night sky) until being separated by a trickster, thus explaining why the lonely wolf, now trapped in the human world, howls at the moon every night. The third tune aims to contrast the first by highlighting the ways the wolf can be the protagonist to the story.

“There are many traits of the wolf that we hope to see in our own character – bravery, family, loyalty, wisdom and the list goes on,” Belvin said. “As proud members of the Lincolnton High School Wolfpack band, it’s a distinct honor to be able to tell the story of what it means to be a wolf.”

As a finale to the evening, all four bands joined together to play “The Star-Spangled Banner,” under the direction of former Lincolnton High School band director Donald Peach.

There are just two short weeks left before the bands will meet again for the 16th annual Roundtable Tournament of Bands on Oct. 5 at North Lincoln High School. The All County Marching Band Preview gave the bands the opportunity to perform in full uniform, in front of an audience and for the band directors and staff to review and correct any potential performance issues before competitions begin.