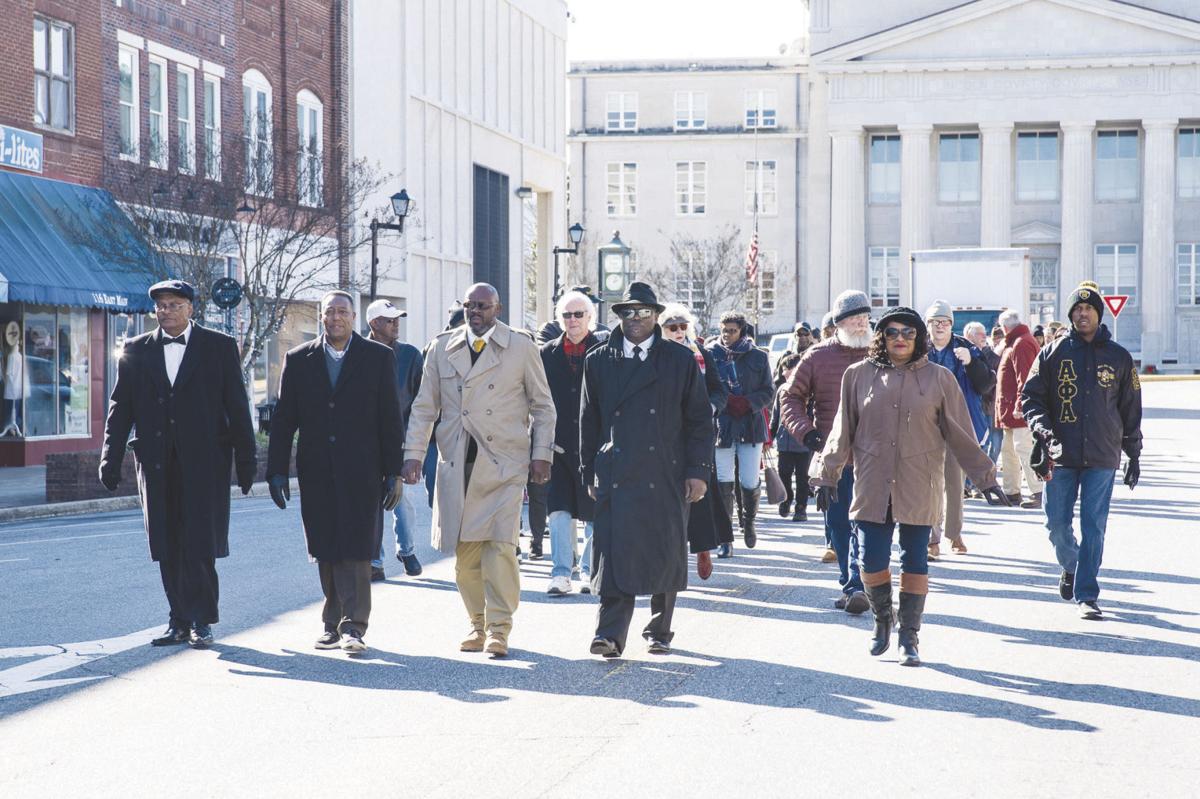 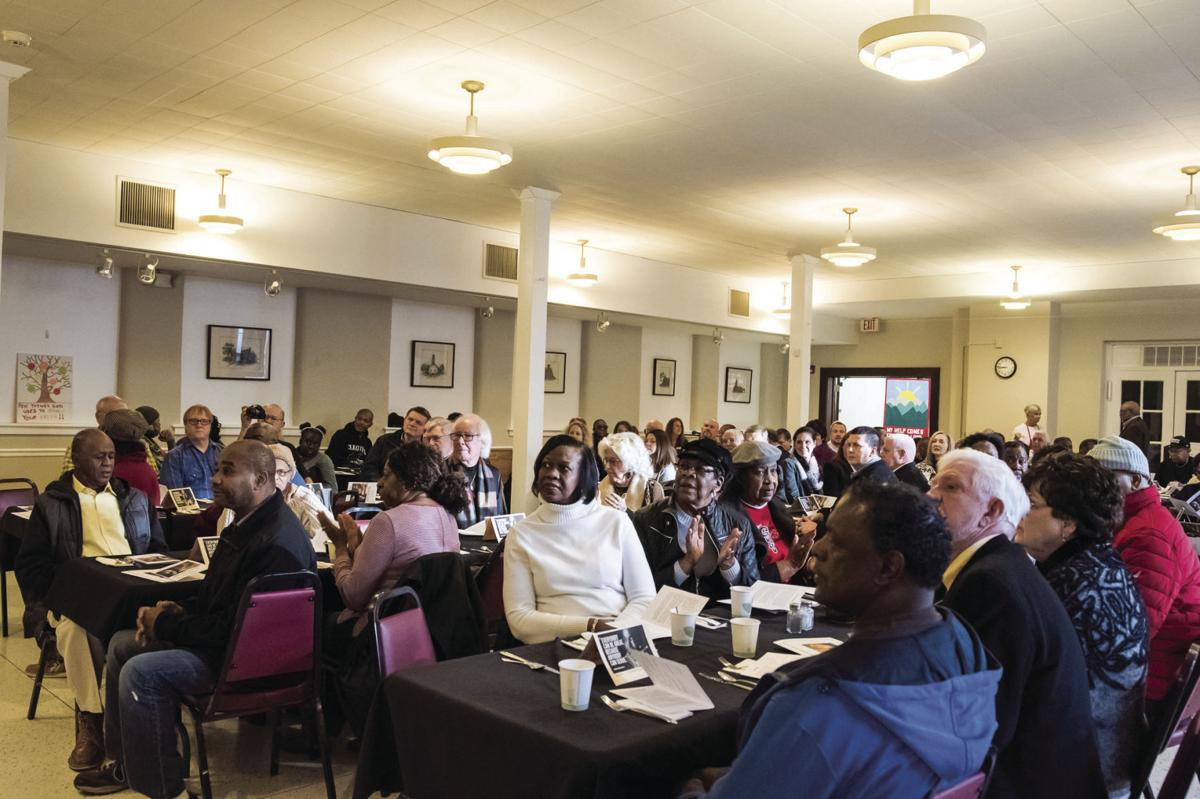 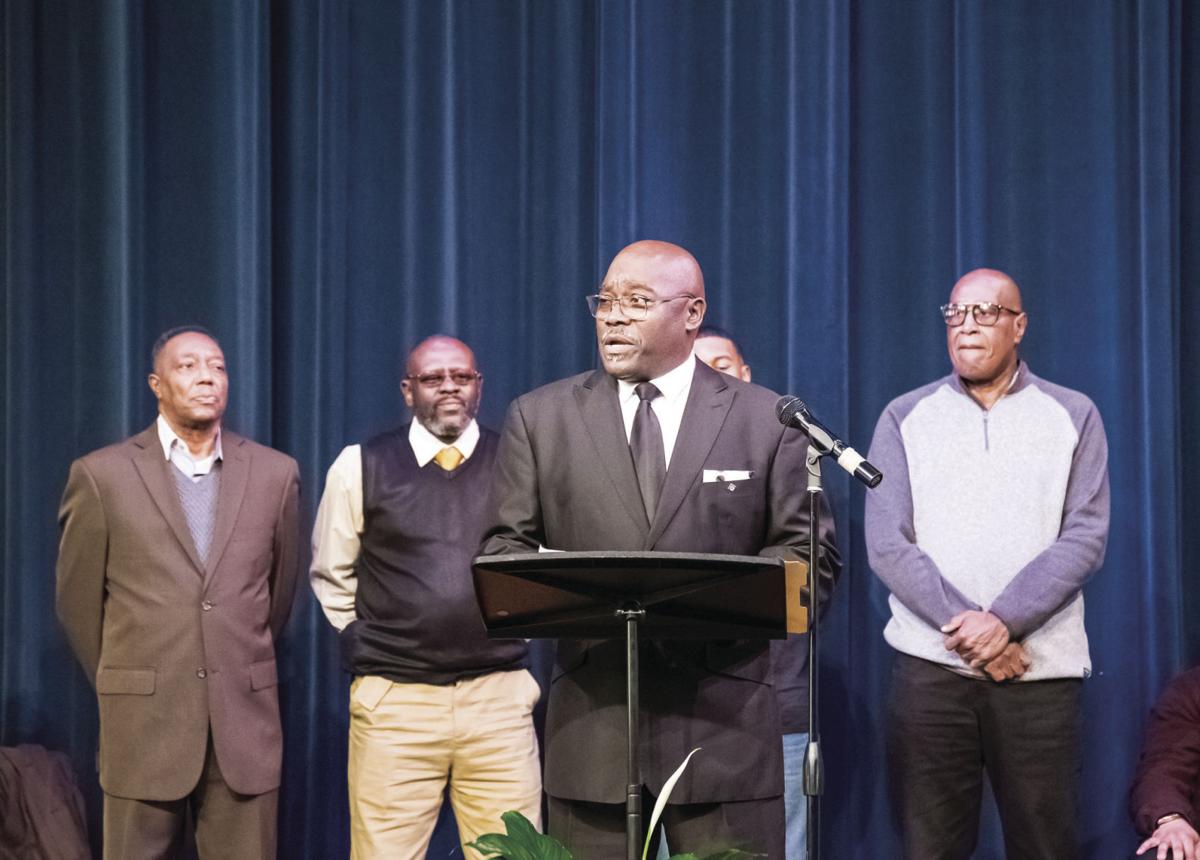 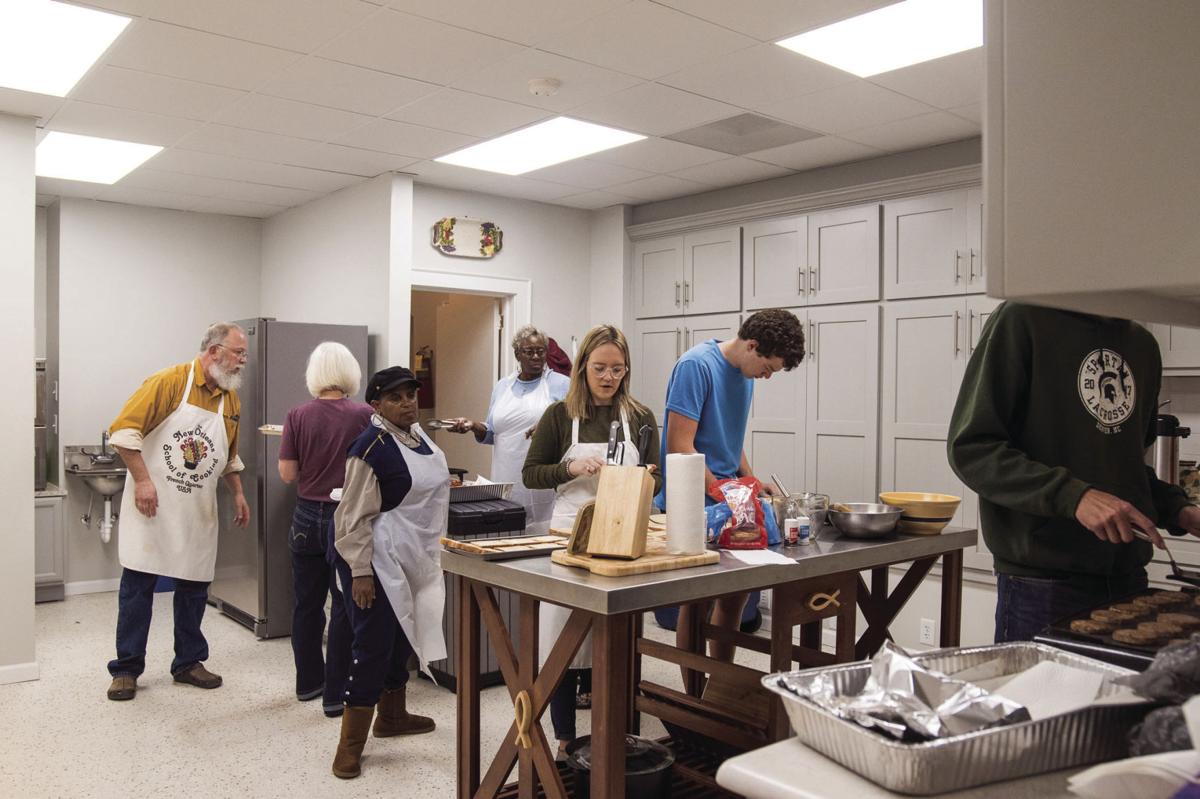 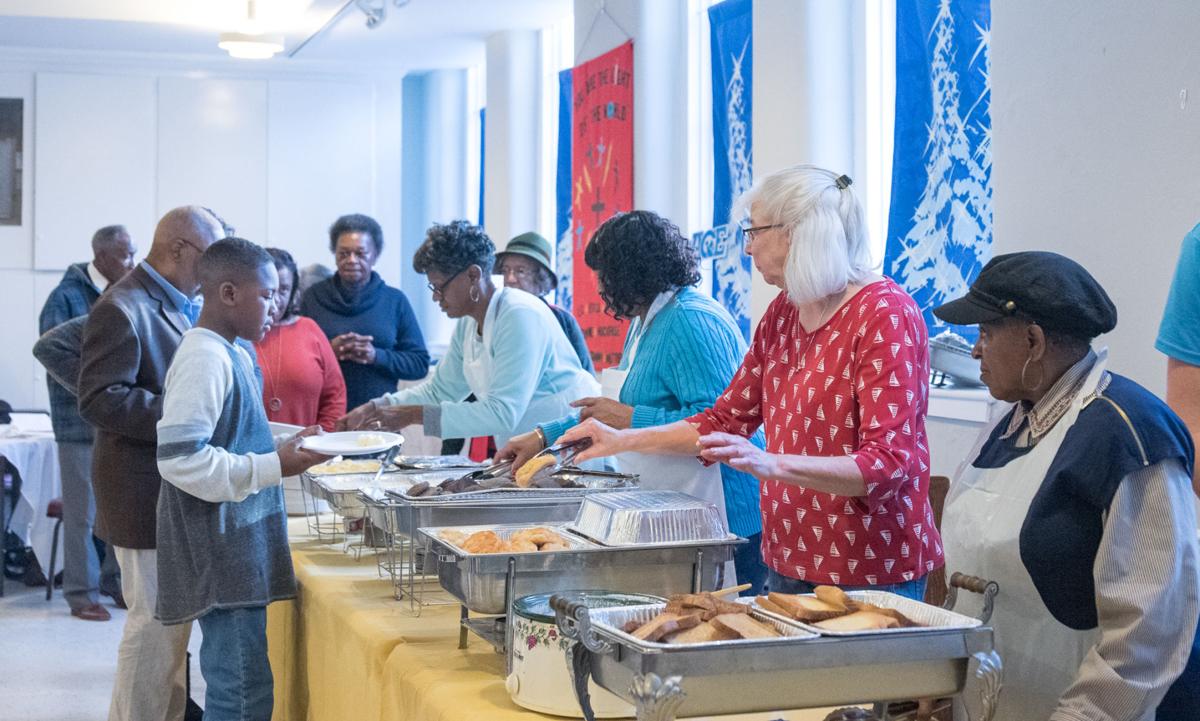 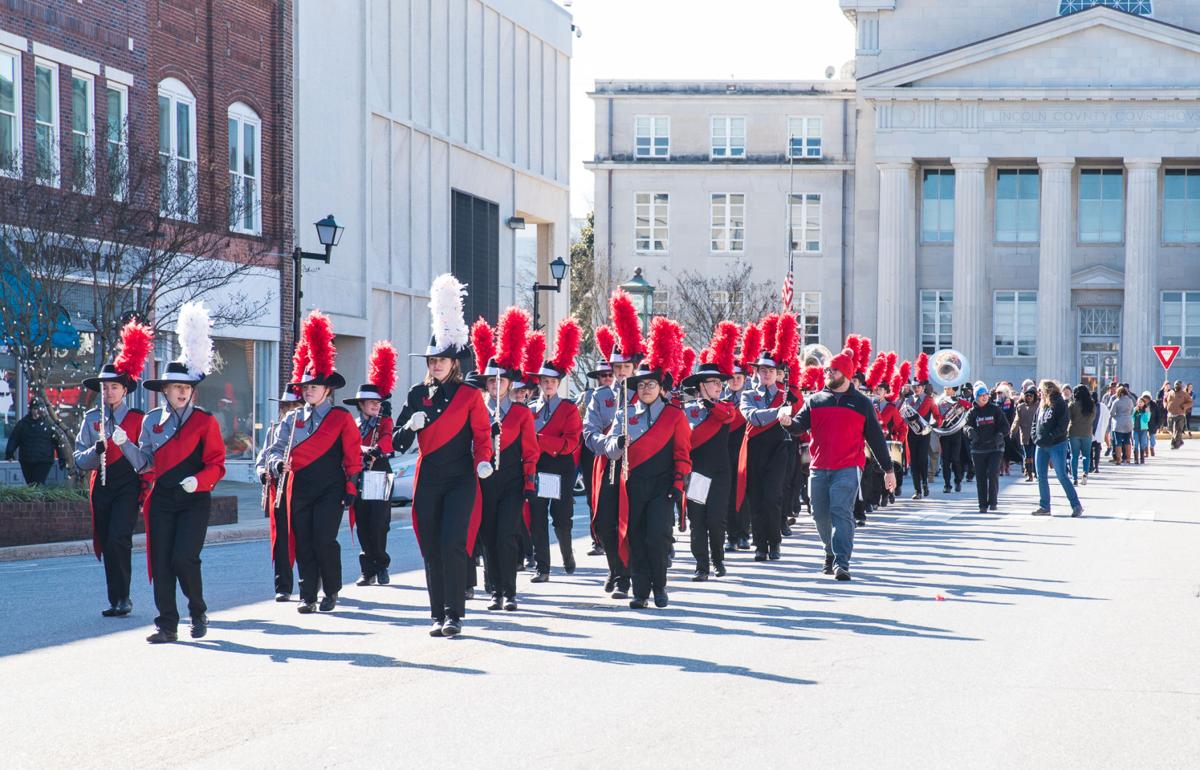 Community members gave honor where honor is due on Monday, beginning with a well-attended breakfast hosted by Michael Collins, pastor at Emmanuel Lutheran Church in Lincolnton. The speaker for this portion of the event was Phyllis Wingate, the Northern Division president for Atrium Health and president of Atrium Health Cabarrus. Wingate grew up in Lincoln County when it was still segregated. She was 15 years old when King was assassinated.

“I’ll never forget that day because of the impact it had on my father, himself a southern Baptist preacher,” she said. “I don’t remember exactly what he said but I do remember how he felt. The words of Maya Angelou speak to us from that point of view in terms of we remember how people make us feel. He was sad, and he was very upset. My dad was typically a happy, jovial person and I had never seen him sad before, at least not that level of sadness, so it made me sad too.”

Wingate, a successful hospital executive, said that she would not be in that position if it were not for King, and that most major change in our society is costly, which is why, she said, it’s so important to recognize King’s contributions.

“Throughout my career, I had to encourage myself,” she said. “I had to talk to myself, tell myself that I belong there. That because of my hard work, knowledge and price that was paid to be there.”

She had plenty of support but said she had to have internal strength before she could internalize external support and feel good about and love herself.

“There are so many young people today that feel helpless, hopeless and that they are not worthy of anything,” she said. “They are not just young African-Americans, but lots of poor youth from all races. Poverty has a devastating impact on self-love. We must help these youth and pour positivity, love and support into them.”

Wingate ended her speech referencing the difficult times we are dealing with now with wars, divisiveness, the rich getting richer, the poor getting poorer, fake news, impeachment, global warming, the re-emergence of white supremacy, the health care crisis, opioid crisis and violence.

“I don’t think Martin Luther King would be deterred by these problems at all,” she said. “I think he would still be fighting for justice for all, for truth, accountability and fairness in government and for the poor. I think he would still be calling on us to fulfill our obligations for justice for all and to serve those who are less fortunate, the beloved community with brotherly love.”

After the breakfast, the MLK Essay Contest was held at the Lincoln Cultural Center. For the first year, students from Lincoln Charter School competed. The winners of the contest were:

The MLK march began at the Lincoln County Courthouse. The marchers, black and white, were led by the West Lincoln High School Rebel band down East Main Street to the Lincoln Cultural Center.

In the ceremony following the march, the Tuckers Male Choir and others in the audience performed selections and then Anthony Burch read Martin Luther King’s “I Have a Dream” speech.

Even more than five decades after King made that speech during the March on Washington for Jobs and Freedom, the words still have power over an audience and ring true.

Rev. Brandon Miles, the pastor at Saint James United Methodist Church, closed out the ceremony with his thoughts on MLK, the “I Have a Dream” speech and the state of things now.

“We hear, ‘let’s make America great again,’ but we’ve only seen great depression and some recessions,” he said. “Do we want guns or no guns? Republican, Democrat, Independent, we’re all united by choices, right or wrong. Is America a first-class country with second class citizens? Dr. King’s dream has come true but only in bits and pieces. If we want to fulfill the ‘I Have a Dream’ in full, we, as Americans, have to stand by the principles that were first established.”

In closing, Miles said that the dream starts in our homes, consciousness in self and we should not wait for someone else to teach our children to be conscious in themselves.

“If you don’t know your history you best believe you may repeat your history,” he said. “Judgement of others will always exist and believe it or not, so will bank accounts, but love is universal. One day, one day.”