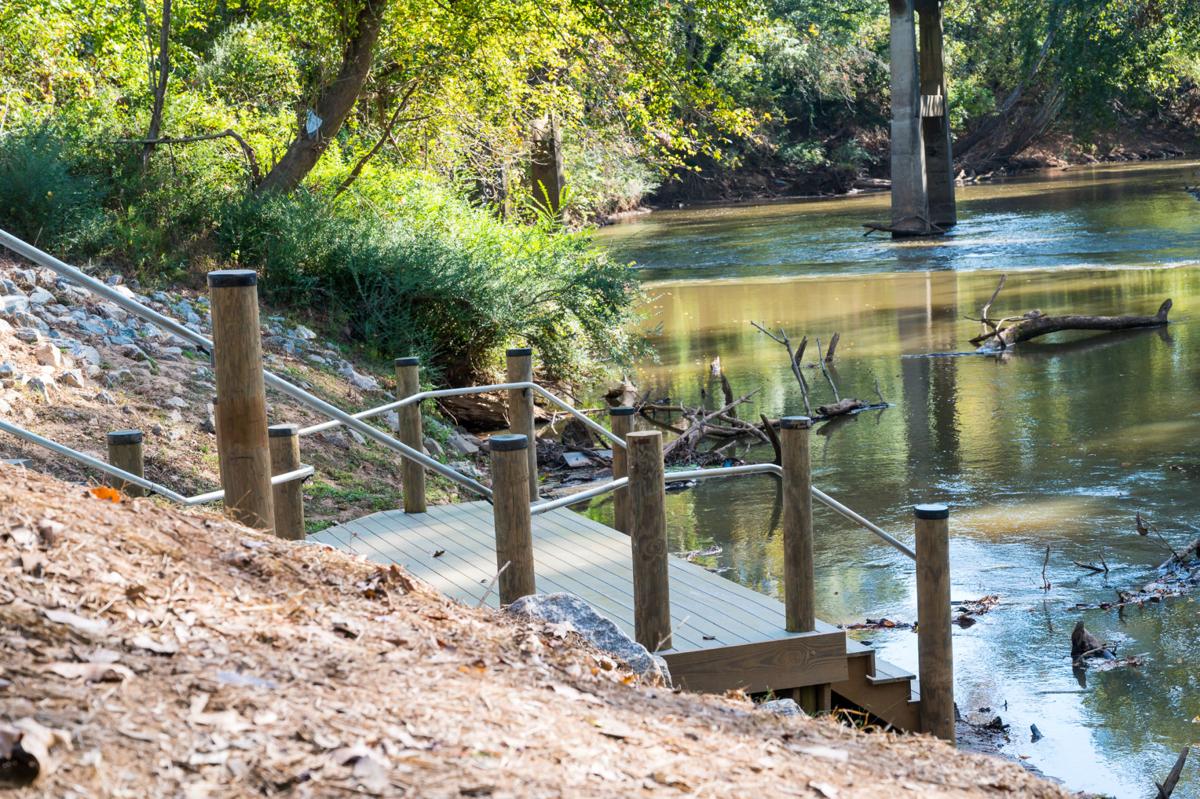 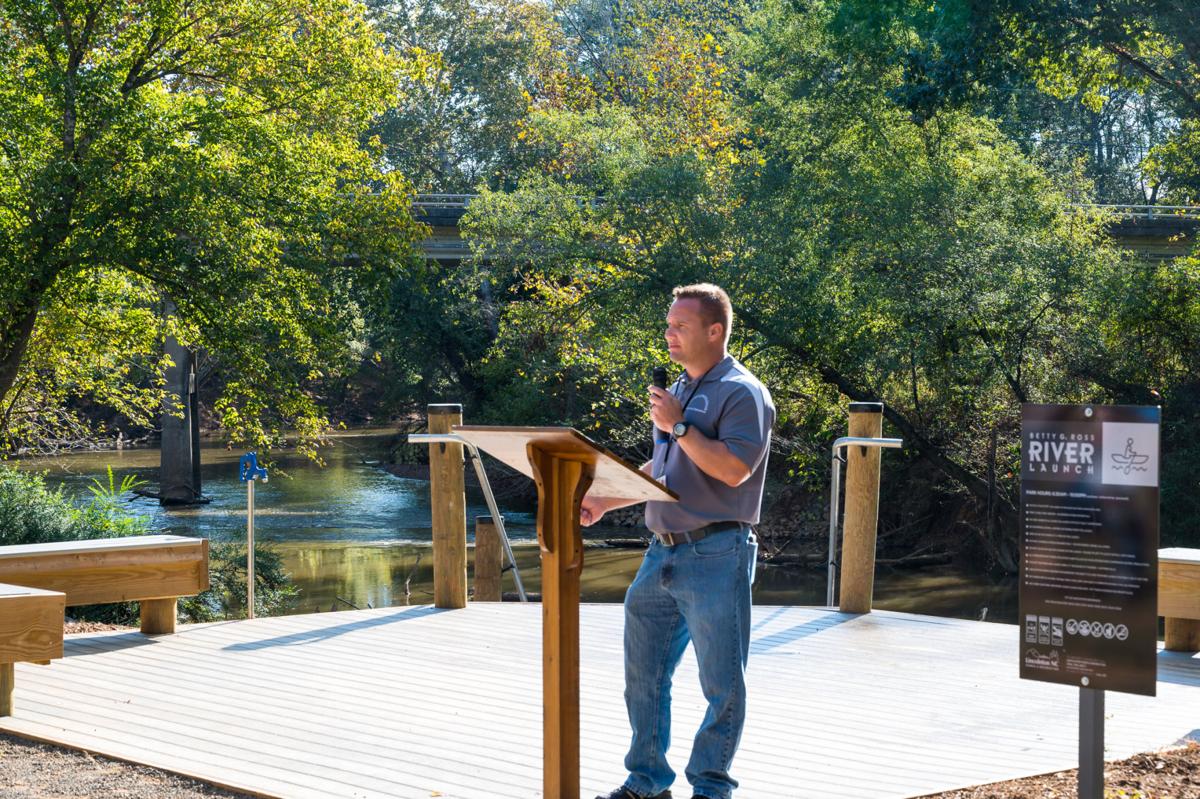 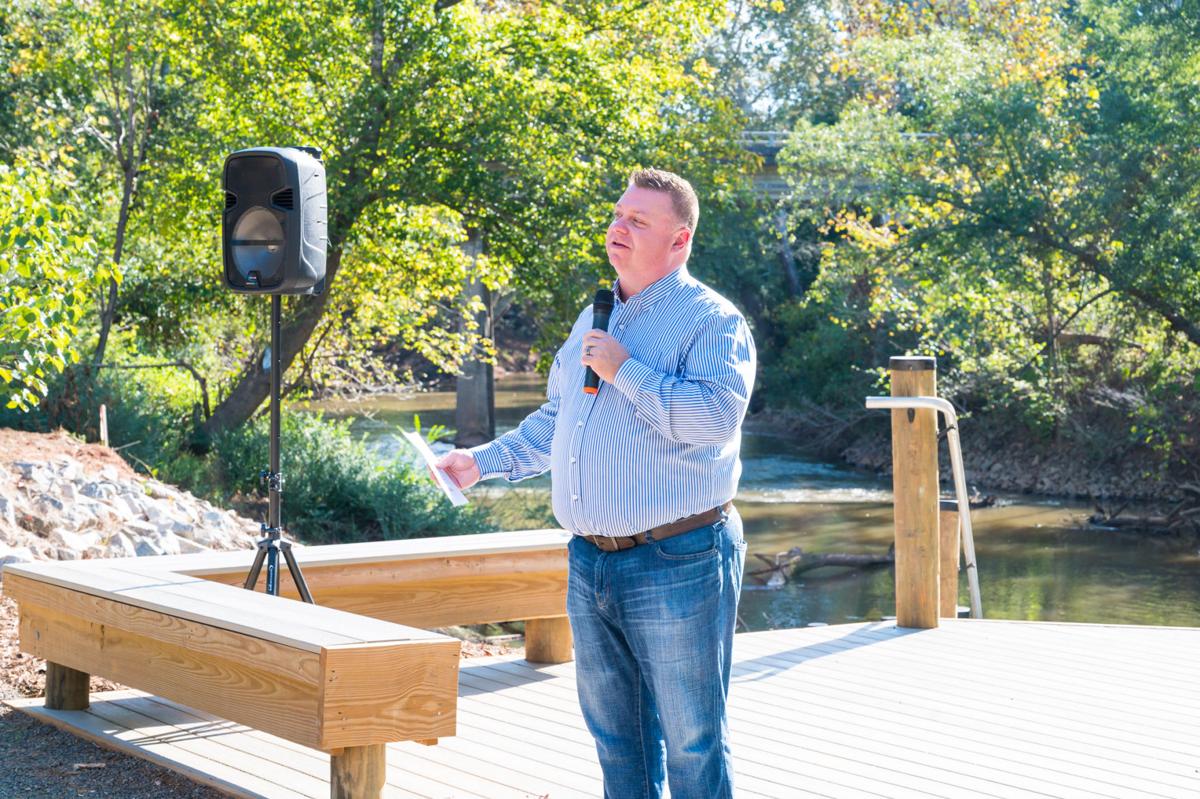 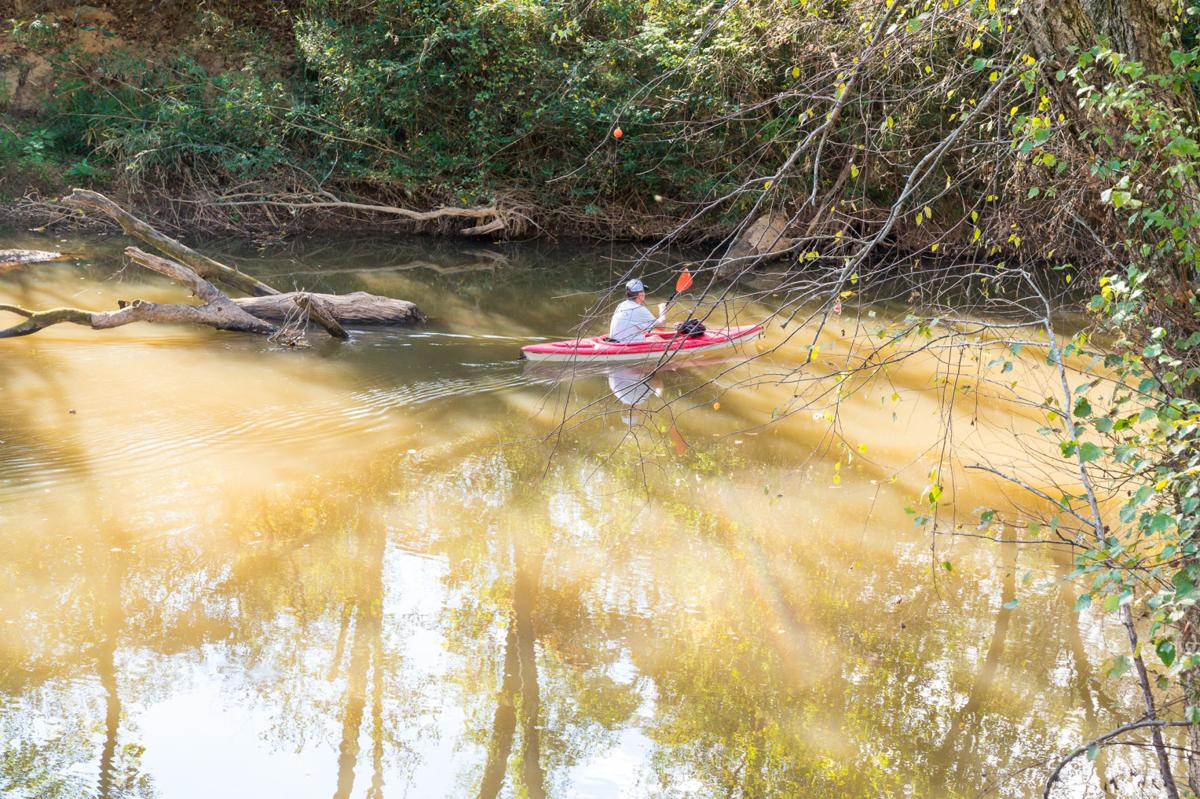 The new river launch at Betty G. Ross Park in Lincolnton will allow easy access to the South Fork River for paddlers. 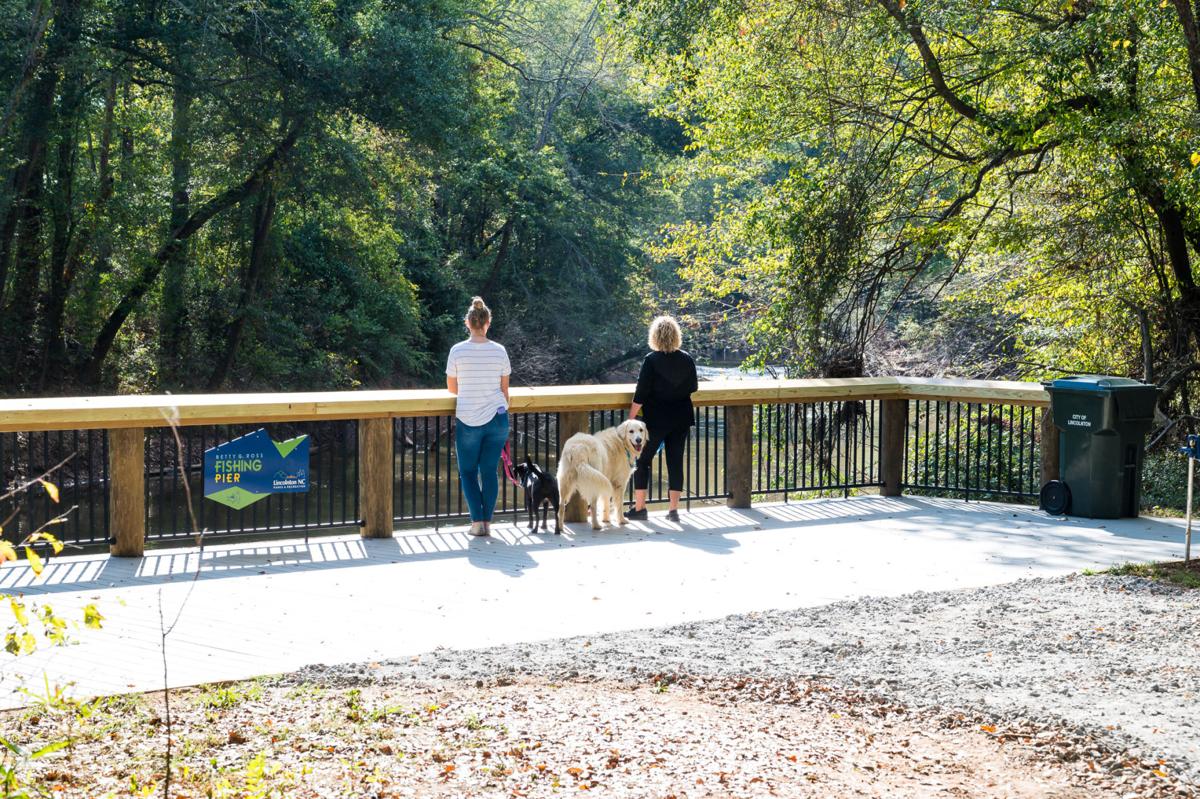 The new river launch at Betty G. Ross Park in Lincolnton will allow easy access to the South Fork River for paddlers.

The City of Lincolnton celebrated the culmination of a long-term goal on Saturday with the dedication of the new river launch, fishing pier, nature trail, flag football field and outdoor pickleball courts at Betty G. Ross Park.

“As I stand here on this launch today, I think of Miss Betty Ross,” Nathan Eurey, Lincolnton parks and recreation director said. “I think if Betty was here today, she’d be very proud of how the city has really embraced recreation and how in the past years we have really advanced recreational opportunities in the city. I think she would be smiling down on us today.”

The river launch and fishing pier was a $236,000 construction and renovation project featuring an observation deck, stairs and launch to the South Fork River, which runs adjacent to Betty Ross Park. The river launch and fishing pier are connected by a nature trail. Project funding was provided by the Lincolnton Tourism Development Authority ($61,600), the North Carolina Department of Natural and Cultural Resources ($150,000) and the City of Lincolnton ($25,000).

Contributors to the river launch and fishing pier include N.C. Rep. Jason Saine, a Lincolnton Republican who secured legislative appropriation of General Assembly grant funds for projects developed by municipalities, Rhonda Hunter, with the Lincoln Economic Development Association, who organized the 2017 bluewater exploration meeting at LEDA to discuss the potential of river access points and imagine possibilities, Carol King, with the Lincolnton Tourism Development Authority, who was a project champion and funding partner, and Justin Collins of Countryman Livery for bluewater inspiration, a project champion and river guide.

The new flag football fields and ball field renovations was a $425,000 construction and renovation project, which included realignment of the existing baseball/softball fields and the addition of three new regulation flag football fields including fencing, lighting, turf and irrigation. Funding for this project was provided by the North Carolina Department of Natural and Cultural Resources ($325,000) and the City of Lincolnton ($100,000). Saine also secured legislative appropriation of General Assembly grant funds for projects developed by municipalities.

“I can’t thank you enough for bringing something like this to my attention,” Saine said. “This is a much bigger launch than just the riverway. I think it launches us into the next phase of what Lincolnton looks like. I’m glad to have been able to help. It’s nice to see something that’ll keep growing with the community.”