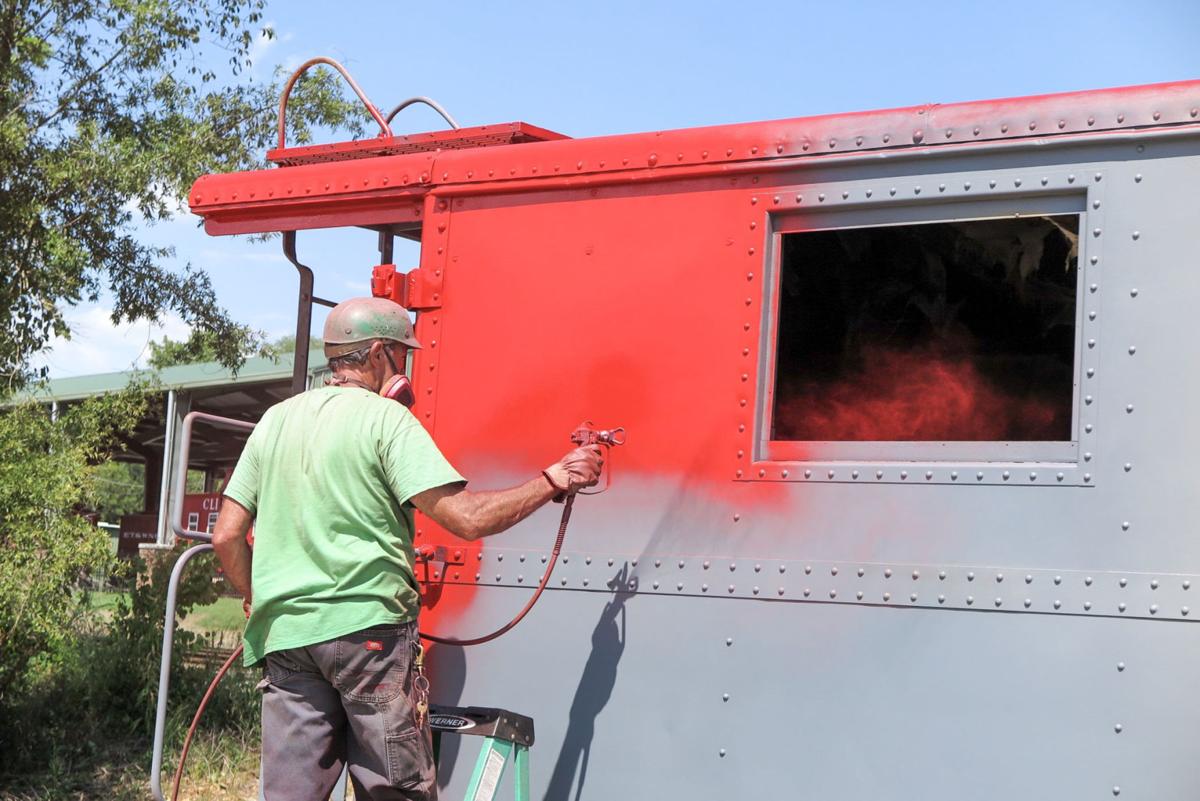 The former “Jolly Trolley,” which sat for many years in what is now First Federal Plaza, being painted by Rocky Hollifield from Craggy Mountain Railroad in Asheville. 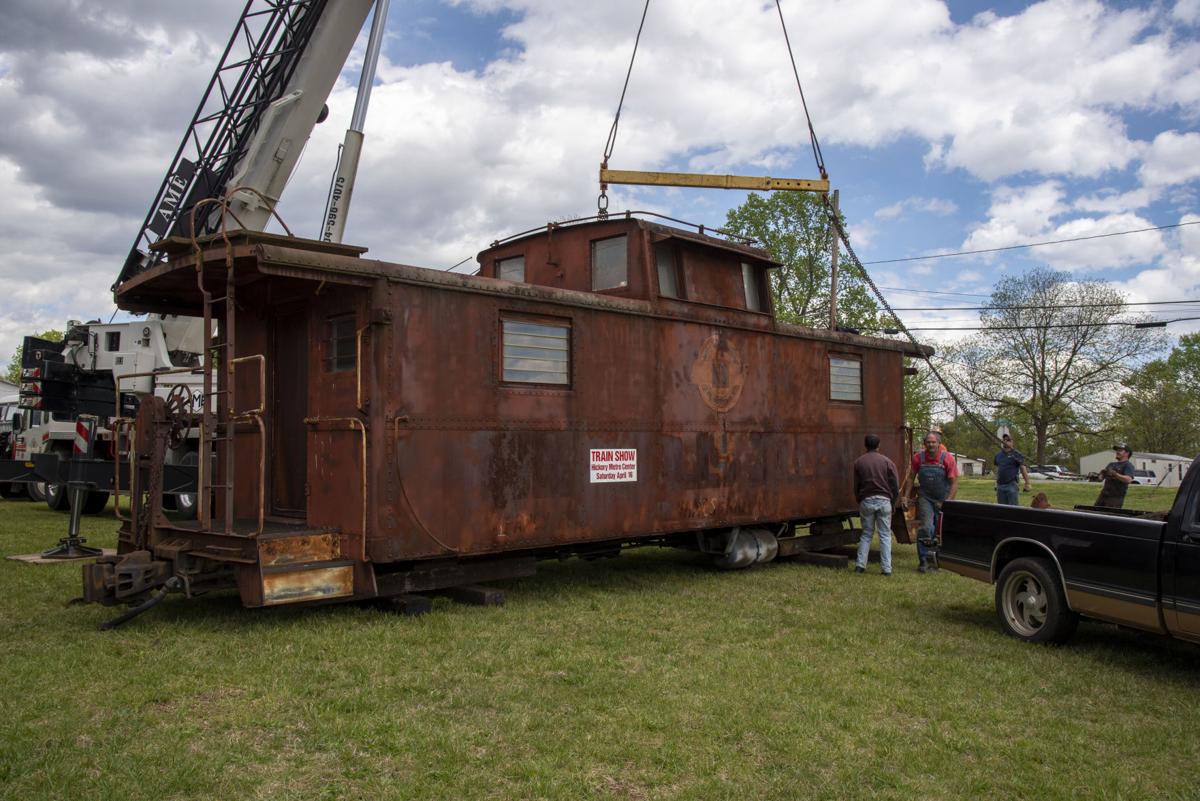 The former “Jolly Trolley” which sat for many years in what is now First Federal Plaza, being unloaded at its new home in Newton.

The former “Jolly Trolley,” which sat for many years in what is now First Federal Plaza, being painted by Rocky Hollifield from Craggy Mountain Railroad in Asheville.

The former “Jolly Trolley” which sat for many years in what is now First Federal Plaza, being unloaded at its new home in Newton.

A piece of Lincolnton history is alive and well in Newton. The Norfolk Southern Railway Company caboose which was formerly used in Lincolnton as a wine and cheese store called “The Jolly Trolley,” which sat at the Lincolnton Depot site since the early 1980s, until the car was purchased by the Southeastern Narrow Gauge and Shortline Museum in Newton. It was transported from Lincolnton to Newton on April 7, 2016.

The rusty caboose sat at the museum waiting for its turn to be refurbished. The priming and painting began last week and at least the exterior of the caboose has been restored. It’ll now serve as a welcome center for the museum and be the focal point for what the museum is calling its “S.T.E.M. Plaza” which will be used for educational tours, outdoor concerts and other entertainment.

“This caboose served on a little railroad in eastern North Carolina,” museum coordinator James Glenn said. “It was built in the 1940s. I think sometime in the 1970s or 1980s it came to Lincolnton and sat next to the train depot there. This was one of the first steel cabooses built, most railroad cars and cabooses being made prior to then were wooden. We didn’t want to put any of our wooden pieces of equipment outside because they would deteriorate so fast. We knew that a steel caboose wouldn’t have any problem not being under a roof and out in the sun. As soon as this caboose went up for grabs, we knew it was a perfect piece for this use.”

The City of Lincolnton elected to have the caboose, which had no historical ties to Lincolnton, removed from the property, which is now First Federal Park. The depot was demolished as well. At the time the deal was made with the Southeastern Narrow Gauge and Shortline Museum, Matt Bumgarner, who serves on the Newton Depot Authority Board, which oversees the museum, said that the caboose would be cosmetically restored so that it resembles its original appearance.

“This caboose fits our collection perfectly,” Glenn said. “There’s still a lot of work to be done on the interior. There’s a lot of damage from the years it sat in Lincolnton. There’s a little bit of fire damage in there as well. That’ll come later.”

Formed by the Newton Depot Authority, the Southeastern Narrow Gauge and Shortline Museum houses a collection of vintage railroad equipment. The museum’s niche is southeastern short line railroad (independent railroad companies that operate over a relatively short distance) and so-called “narrow gauge” railroad artifacts. A narrow-gauge railway is one with a track gauge narrower than the 4-foot-8.5 of standard gauge railways. The most common narrow gauge was 3 feet, though others existed at 24, 30, 40, and 42 inches.

“Pieces like this caboose just aren’t around anymore,” Glenn said. “They’re long gone. Railroads don’t use cabooses anymore or, for that matter, most of the railroad cars we have here can’t be used on regular railroads. We’ve got the majority of what’s out there to get as far as those kinds of railroad cars.”

Slowly, these pieces are being restored and are available for viewing by the general public. The museum also purchased fixtures, including a ticket booth, before the depot was demolished.

“The ticket booth was the only surviving ticket window from the entire Carolina & Northwestern Railroad from South Carolina to North Carolina,” Glenn said. “It’s very special. We also got front doors from when the depot was segregated which will be a whole exhibit on its own.”

Instead of bringing up the rear of a train, the little caboose will now welcome visitors to the museum.

For more information on the Southeastern Narrow Gauge and Shortline Museum visit their website at http://newtondepot.comor call (980) 858-4266.