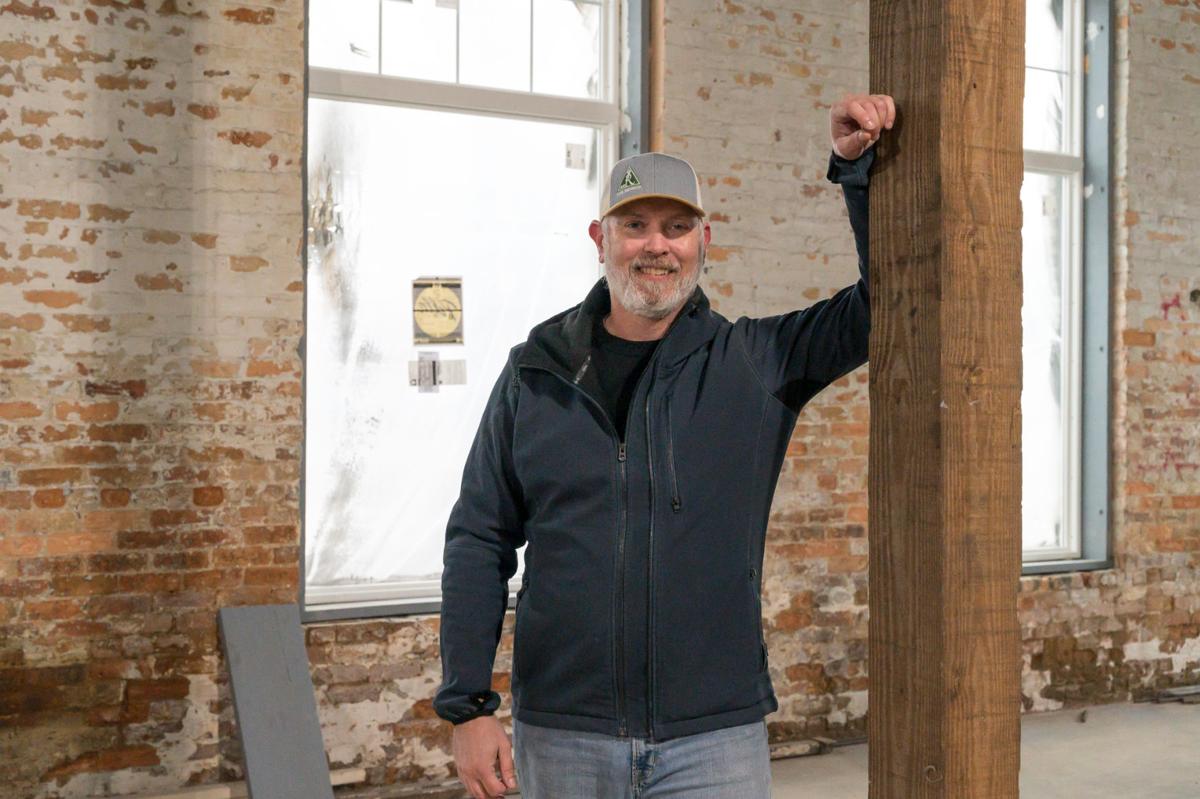 John Brinsfield stands where the bar will be installed when Bricktree Brewing Co. is closer to completion. 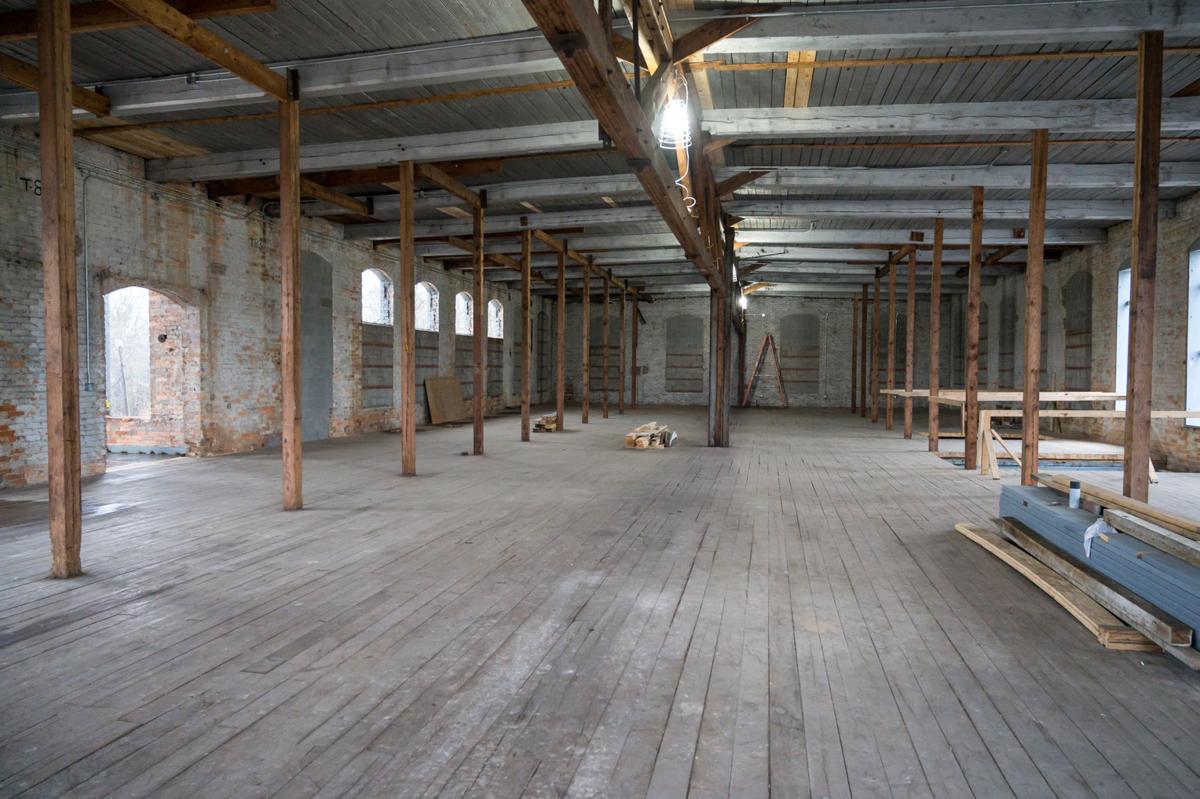 The second floor of Bricktree Brewing Co. will be used for venue space.

John Brinsfield stands where the bar will be installed when Bricktree Brewing Co. is closer to completion.

The second floor of Bricktree Brewing Co. will be used for venue space.

The former Eureka Manufacturing Company Cotton Mill is slowly being rescued from deterioration as it’s transformed into Lincoln County’s first microbrewery. The roof has been repaired and formerly bricked-over window frames are being opened up with period-specific windows being installed.

“A lot of the preliminary work to get things ready for plumbing and electrical has been done,”

John Brinsfield said. “We have our elevator pit completed. The elevator is here and they’re waiting to build the actual shaft. We’re going to maintain the interior brick look inside the building, so they’ll be sandblasting the graffiti off.”

The exterior of the building was painted a light grey color. The building is approximately 100 years old and the brick was sunbaked, Brinsfield said, so it didn’t have the structural integrity to last without some kind of treatment.

“Because of the hodgepodge of colors, cracks and brick that needed to be replaced and the entryways and holes in the building, it had to be treated with something to protect and preserve it,” he said. “The goal of our initiative was to preserve the building. Even though it’s painted and doesn’t have the natural brick look, if we didn’t do it, the building would continue to crumble. We’re at least going to try to maintain the interior as much as possible, so we have that warm, aesthetic feeling when you come in here and maintain the historical significance of the building.”

The tap room on the lower floor will have enough seating for approximately 150-175 people and standing will increase that number. A sprinkler system will be installed which will allow the brewery to not have capacity limits.

“Of course, we don’t want it to be uncomfortable and too full but at the same time it’ll be a good thing,” Brinsfield said. “We’re going to use a lot of the excess wood from the building to make the tables, benches and chairs. I’ll be taking that task on. The bar will be L-shaped and made of brick. We’re trying to re-use some of the old brick that they had to take out when they cut the windows back out.”

To the rear of the lower flo0r will be cold storage for the kegs, brewhouse and warehouse. The upstairs will be used for venue space. Because vandals were unable to get up there, the walls and floors remain in good condition.

“It took many months before I was able to get up here to see what it looked like,” Brinsfield said. “I’m very pleased with how it looks. There’ll be roughly 4,400 square feet of space once the rooms and bathrooms are put in. This will be a beautiful space for a wedding. My fiance and I will probably be the first to use it.”

A catering kitchen, restrooms, a bride changing area and other amenities will be installed during the construction process.

“The certificate of occupancy is slated to be issued on March 29, 2020 but we’re anticipating that to be a little sooner because from the end of February to March is some punch list items and cleanup,” Brinsfield said. “Our brewhouse equipment arrived in Charleston this week so that’ll likely get delivered next week. Once we can get that installed and tested, we’ll be able to start brewing beer. Obviously, we won’t be able to sell it until we get our CO and final ABC permits. We are federally approved to brew beer, but we can’t sell until we’re legal with our ABC permits. We’ve penciled in a date for a soft opening on April 20. We’re looking for a grand opening date the second week of May.”