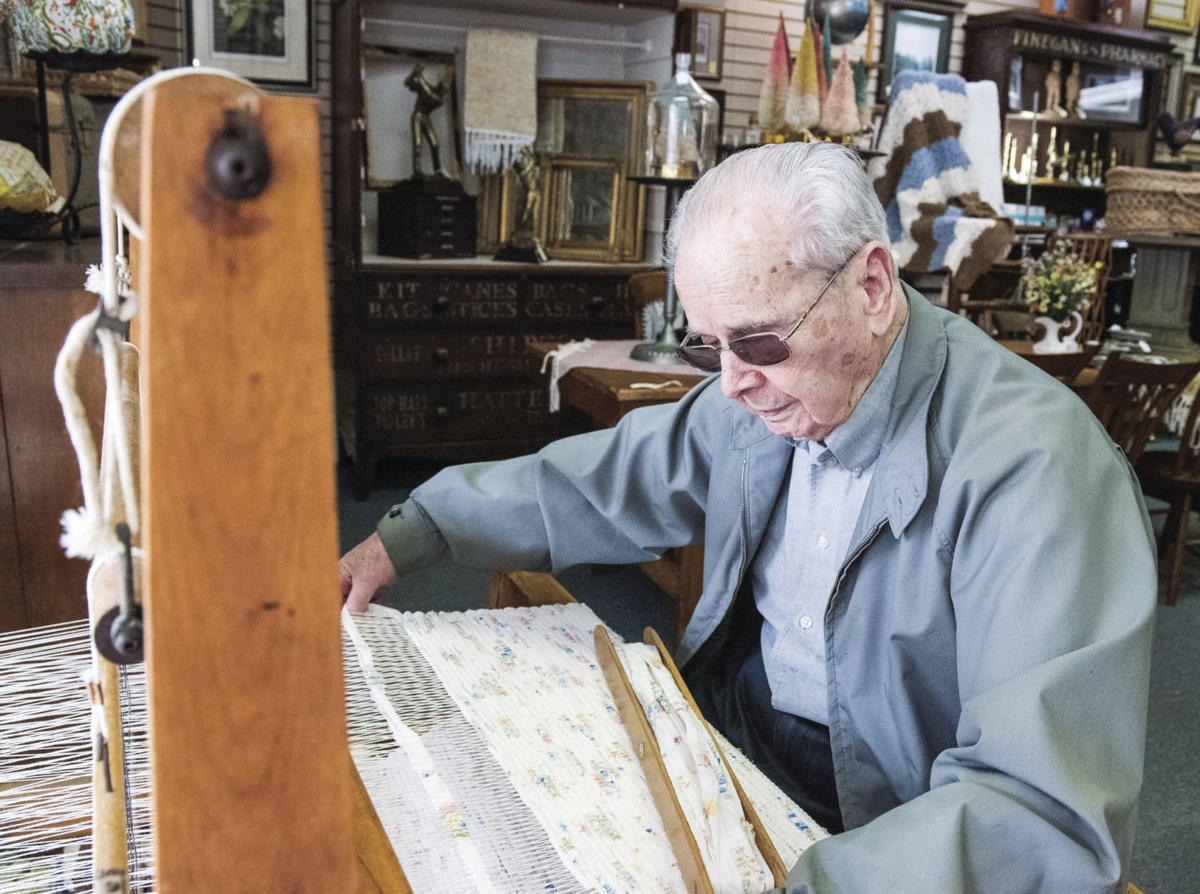 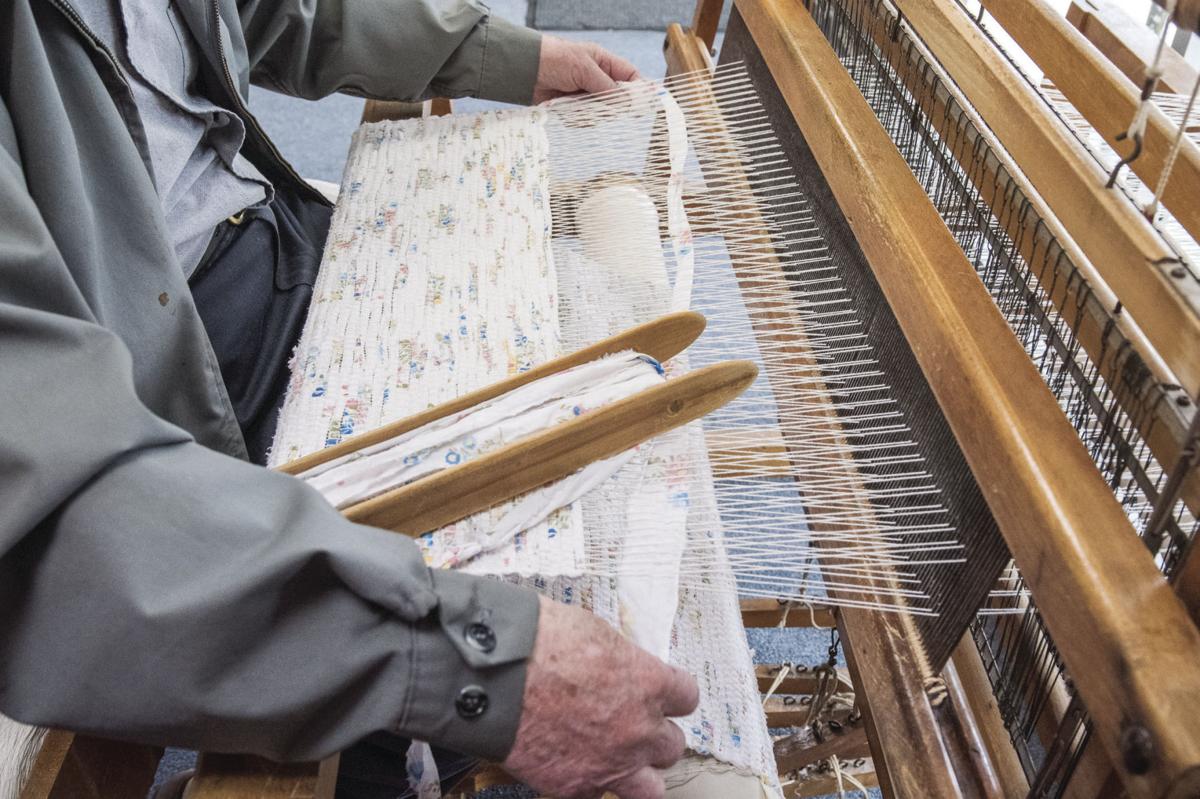 Oscar Winston Norris straightens the fabric running through the warp of an antique Leclerc loom at House of Awards and Engraving in downtown Lincolnton on Thursday. 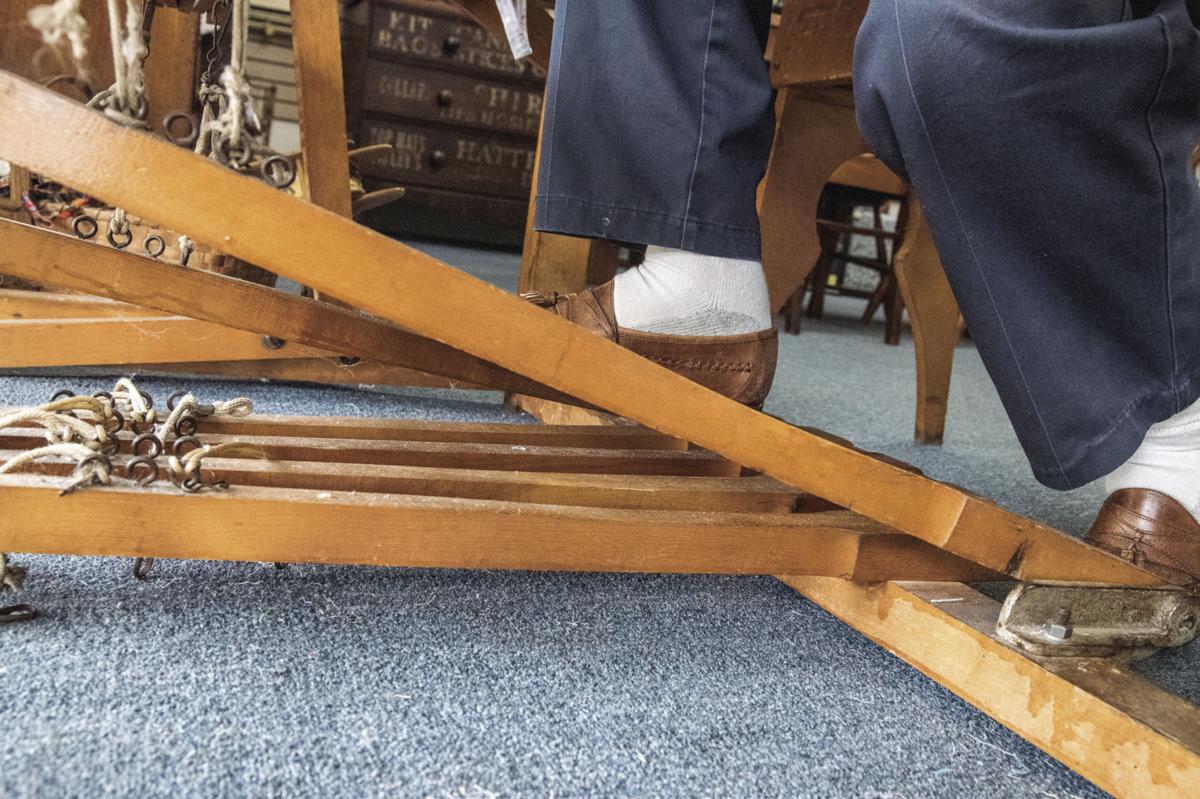 Oscar Winston Norris operates the treadles under an antique Leclerc loom at House of Awards and Engraving in downtown Lincolnton on Thursday. 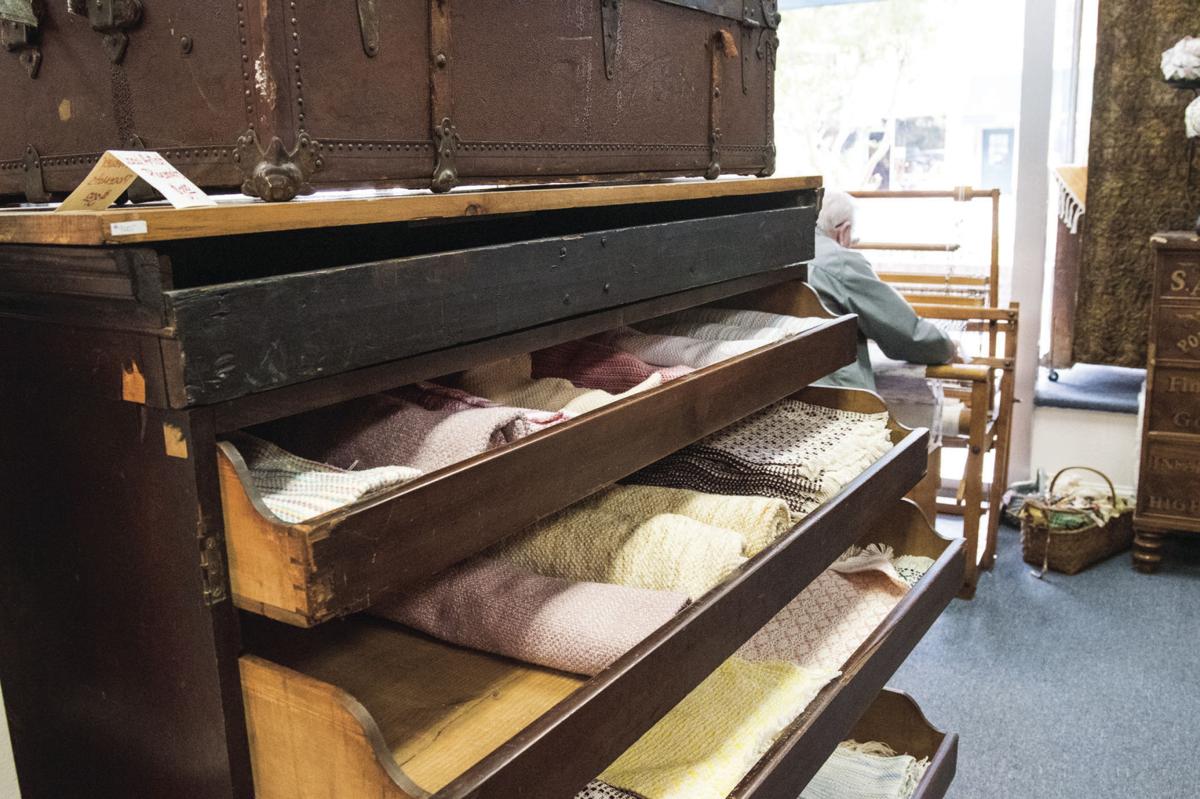 Some of the rugs that have been handwoven by Oscar Winston Norris available for sale at House of Awards and Engraving in downtown Lincolnton. 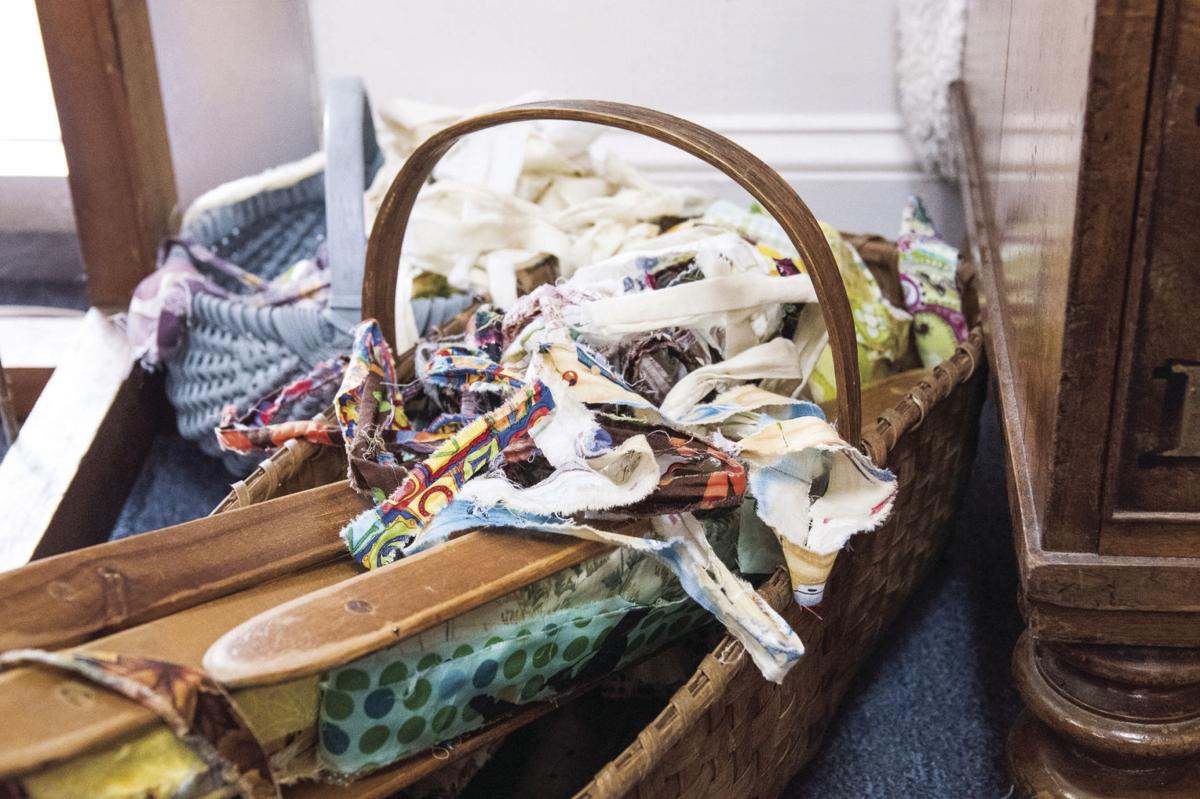 Fabric ready to be used to make handwoven rugs.

Oscar Winston Norris straightens the fabric running through the warp of an antique Leclerc loom at House of Awards and Engraving in downtown Lincolnton on Thursday.

Oscar Winston Norris operates the treadles under an antique Leclerc loom at House of Awards and Engraving in downtown Lincolnton on Thursday.

Some of the rugs that have been handwoven by Oscar Winston Norris available for sale at House of Awards and Engraving in downtown Lincolnton.

Fabric ready to be used to make handwoven rugs.

Instead of the sound of an electric motor running, there’s a steady thwack of fabric being beaten back by the beater as Oscar Winston Norris operates the antique Leclerc loom that sits in the window of House of Awards and Engraving in downtown Lincolnton. As he throws the weft right to left through the warp, he operates the treadles under the loom to make the warp go up or down to lock in each pass of the weft. It’s a quick but steady movement that’s almost mesmerizing to watch. It doesn’t take more than a few hours for Norris to complete a throw rug using this human-powered loom, yet it’s an art that’s all but lost today.

This may seem confusing to someone who’s never woven textiles by hand but for Norris, who’s been operating a hand loom for almost six decades, it’s second nature. What makes Norris’ weaving particularly fascinating is that he’s 101 years old – he’ll be 102 next Wednesday – and he’s totally blind. He learned to weave to help his wife, Isabel, who was completely blind as well. The Leclerc loom belonged to his wife.

“I just do things by feeling,” said Norris, who’s been blind since he was 24. “It just comes natural to me to do it by feeling instead of seeing. It’d be nice to be able to see what I’m making but I hardly ever think of it anymore.”

After he lost his sight, Norris worked for four years in a textile mill, but not in the weave room. He also ran a bicycle repair shop for 15 years.

Norris’ niece, Charlene Hager, who comes from a family of weavers herself, brought him to House of Awards on Thursday to do a demonstration for a church group.

“He had said that he was really happy when he completely went blind because he had such a hard time trying to see,” Hager said. “It was straining him so much.”

Norris got an infection in his eyes during World War II and they couldn’t get antibiotics to treat the infection. Due to the infection, both of his retinas dethatched and one eye had to be removed.

“It took us three days to come about 350 miles to get to North Carolina,” he said. “We’d spend the night at a farm house or some empty house that somebody wasn’t using. We had to spend two nights in houses like that. We got to Cramerton, North Carolina on the evening of June 5. They moved 11 of us into a four-room house. We had to live in that house for just a short while, then we went to a six-room house. My oldest brother was 23 and the youngest was five weeks old.”

Norris left school and started working in a weave mill when he was 16 years old. After working for about two years, he decided that he wanted to finish high school. He asked his supervisor to get moved to the second or third shift so he could go back to school, which he did for three years. He graduated in 1940.

“During that time I was having visual problems both at work and school,” he said. “By about 1942, my blindness was total. I was out of work for about a year before they gave me another job at the mill. I had a guide dog and would go back and forth with the guide dog.”

After closing the bicycle repair shop and the death of his wife, Norris lived with his sister for 20 years, and then lived with Hager for another three years. He now lives at an assisted living community.

While he lived with Hager, he wove on one of her looms almost every day.

“I made a lot of rugs when I lived with Charlene,” he said. “I don’t know what it is I like about it. Making something that’s pretty I guess. Well, everybody says it’s pretty anyway.”

Norris’ rugs are available for sale at House of Awards and Engraving. Hager will be operating the Leclerc loom during the Fall Crawl Friday evening.