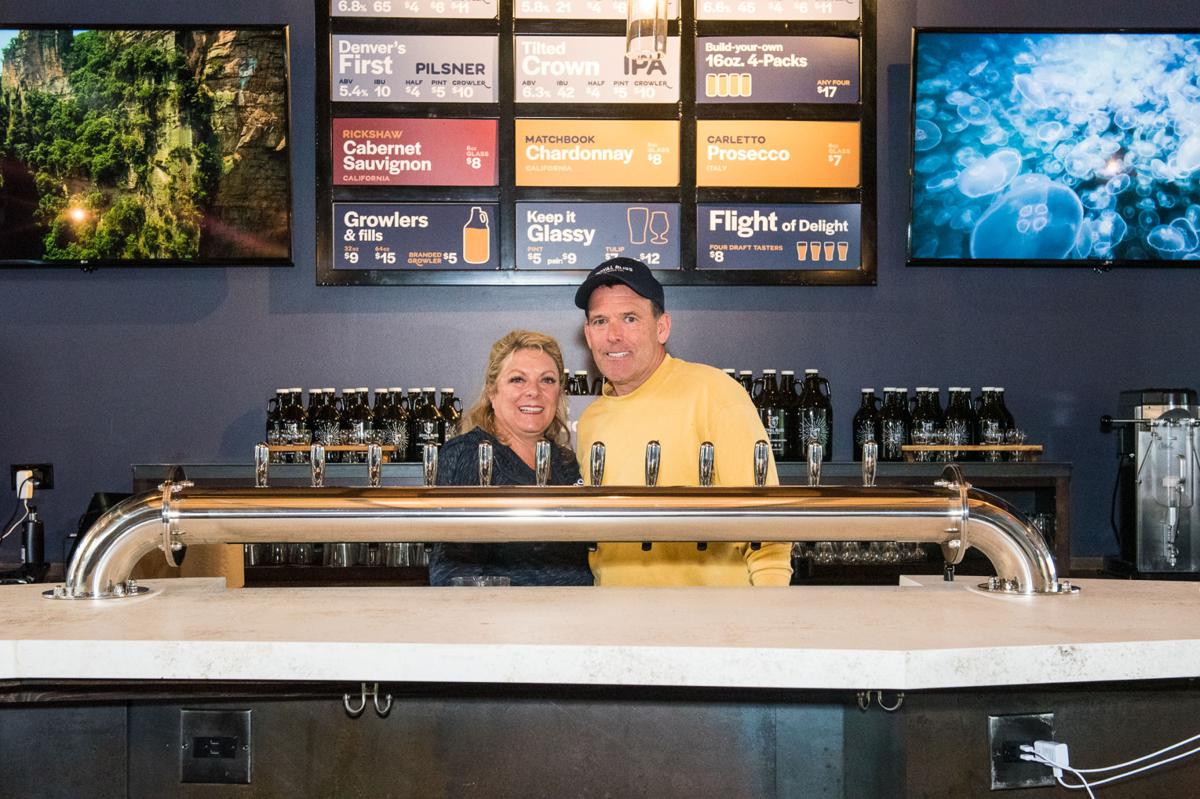 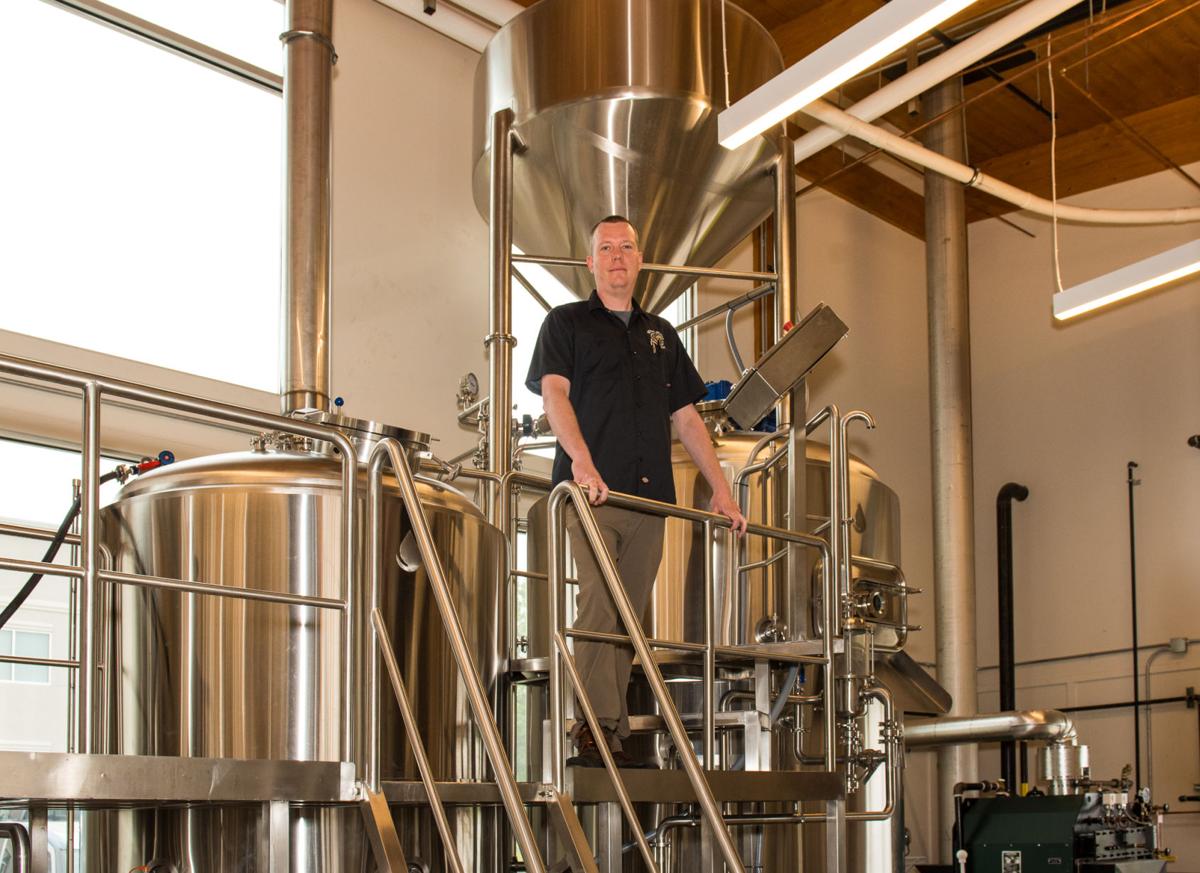 Chris Wertman is the brew master at Royal Bliss Brewing Co. in Denver. 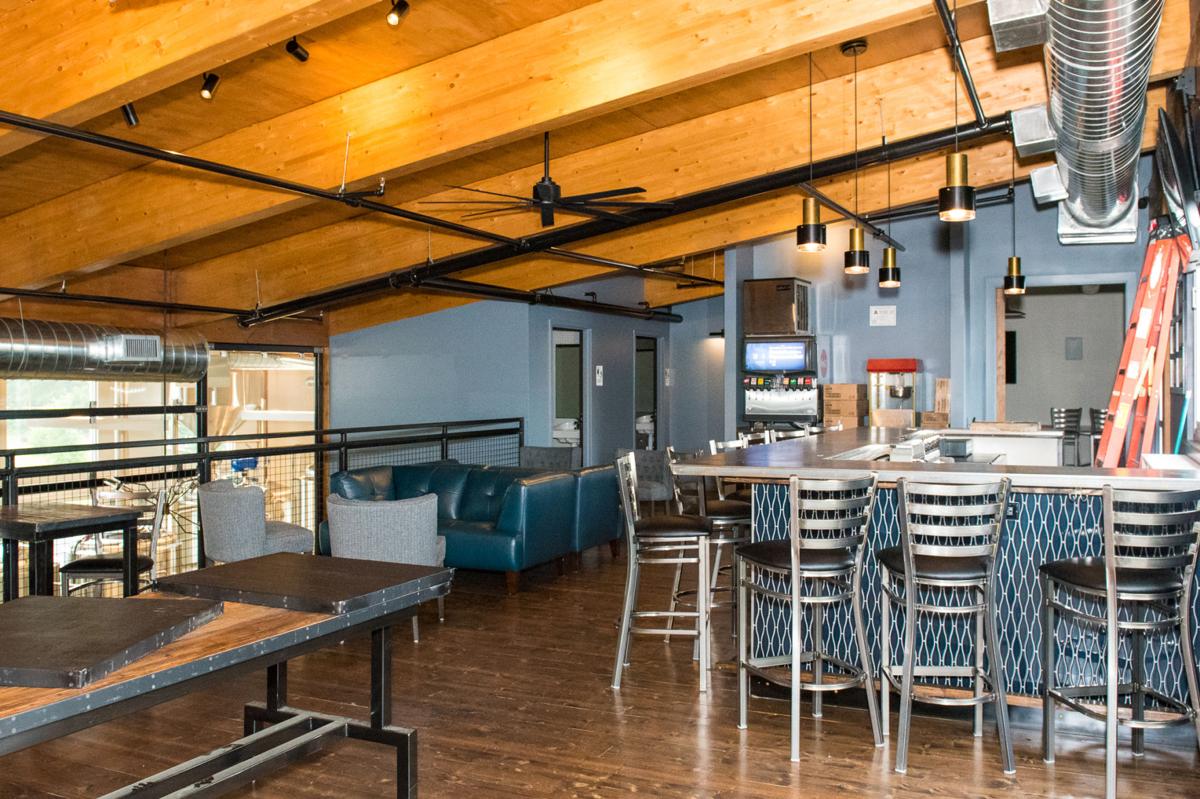 The second floor of Royal Bliss Brewing Co. in Denver can be rented out for gatherings.

Chris Wertman is the brew master at Royal Bliss Brewing Co. in Denver.

The second floor of Royal Bliss Brewing Co. in Denver can be rented out for gatherings.

Like life, good beer is all about balance. What was once a fun thing to do, became a passion and now a business. For a local couple, balance is bliss and they’re sharing the bliss at Royal Bliss Brewing Co. which opened this past weekend in Denver.

Larry Griffin, Jr. and his wife, Ginger Griffin got into the craft beer scene and grew to like both the beer and the vibe of a brewery or taproom.

The family business that Larry was running was sold four years ago and he started looking for something more to do.

“Ginger had a marketing and advertising agency that she had been running for more than 20 years and was thinking about getting out of,” he said. “We started to consider what the next step was. We kept coming back to breweries. They all seemed to be doing well so we started to do research.”

Three years ago, they started to move forward. Larry’s family developed Waterside Crossing in Denver and there was a little bit of leftover property that was undeveloped and the dream of owning a brewery came to fruition.

“At that time, no breweries were in the works in Lincoln County,” he said. “It’s a good demographic here so we thought it was a logical fit.”

The brewery was originally to be called Smitten Brewing Company, but that name was previously trademarked by a winery for one of their wines so it couldn’t be used. The Griffins really liked the logo that had been developed for the concept. The idea behind the logo was the balance between a husband and wife, work/life balance.

“You’ll see the word ‘balance’ used a lot in our marketing,” Ginger Griffin said. “We really wanted to find that balance. We’ve been married a long time and we actually still like each other and enjoy being around each other. We always had our own business ventures, but we never did anything together, so this was a big step.”

They decided on the name, Royal Bliss Brewing Co. because it matched the logo and the feeling of bliss.

The Griffins don’t brew beer. They hired Chris Wertman who was the brewer at Unknown Brewery in Charlotte for three years before coming on with the Griffins on June 1, 2019.

“We thought we’d be open the end of 2019, but construction delays and things happened,” Larry Griffin said. “We had a soft opening on March 26 and our opening day was scheduled for April 1, but we had to go take-out only when restaurants were closed.”

The business plan had to be adjusted because the brewery was going to be taproom driven with 80% of sales generated by in-house sales. Major shifts had to be done and canning their beer had to take priority.

“The demand has been great,” Larry Griffin said. “People have liked our beer and our food. I think people will be pleasantly surprised with the quality of food that we have.”

The chef, Bobby Lamby, who was the chef at eeZ Fusion in Charlotte and lives in Denver, makes everything from scratch. There isn’t a fryer or microwave in the kitchen. He makes his own dough for pizzas and pasta.

“We don’t have a big kitchen,” Larry Griffin said. “Originally we weren’t even going to have a kitchen and just go with food trucks. The more research we did and talking to other brewery owners, the biggest mistakes most of them said they made were not having food and not enough cold storage space.”

Royal Bliss is approximately 6,500 square feet with two levels, two outside balconies and a beer garden.

“We wanted a place where people could come and relax either by themselves or a group,” Ginger Griffin said.

There are several different beers currently being produced by Wertman, all of which Larry said are very drinkable with slightly less alcohol than some other craft brews. They try to keep it between 4.5 and 6% alcohol by volume.

“We’re sourcing as many of our ingredients as we can locally,” he said. “The bulk of our grain is coming from Carolina Malthouse which is just outside Statesville. They contract farmers within 40 and 50 miles from there to grow their grain. The spent grains are going to a local farmer to feed his cattle.”

Right now, there are nine different beers on tap – a Pilsner, a lager, a blond ale, a couple of pale ales, a couple of IPAs, a stout and a cider, which is made at the brewery.

Royal Bliss is located at 7532 Royal Bliss Court in Denver. They are open at 50% capacity with current hours of Wednesday and Thursday 3-10 p.m., Friday and Saturday from noon to 11 p.m. and Sunday noon to 8 p.m. Next week, the brewery will be open on Tuesdays from 3-10 p.m.